Idir Mná is Irish for “Amongst Women”. Artistic Director Yvonne clarifies that ‘before people think it is a lesbian feminist thing – it’s not! And it is not in any way a male bashing machine. Idir Mná aims to address the imbalance in our profession on the lack of decent female roles in a way that doesn’t involve women sitting around complaining about shoes, boys or periods.’
Contact idirmna@gmail.com to secure your place

The Scattering by Pauline Shanahan

Five friends gather to scatter the ashes of their college pal Kieran. Five friends realize this might not have been a good idea.
Pauline trained as an actor in Manchester Metropolitan University and worked in theatres throughout Britain. Theatre work as a writer: Positive Dead People produced by Bewleys Cafe Theatre in 2009. Sherbet and Tiffin commissioned and written with TEAM Educational Theatre Company 2010. A founder member of Percolate who produced Green Street -Fringe Festival 2012 for which she wrote and also performed.

What A Difference A Day Makes by Olivia Morahan

A charismatic Australian backpacker moves in with a young Dublin couple.
Olivia holds a B.Sc. in Marketing and a Masters in Film. During her career, she has worked as a freelance journalist and has run her own PR consultancy. She has participated in writing workshops with Claire Keegan and Gavin Kostick and has had two residencies at the Tyrone Guthrie Centre at Annaghmakerrig. She is currently completing work on a novel for children and a play for radio.
Olivia lives in Dublin with her husband and three children.

Donatella’s birthday is out of control. This is not your average party. This is not your average Dublin.
Gill McCaw co-wrote and produced Percolate’s sell-out show Green Street in AbsolutFringe 2012. This show was also selected for Fishamble’s New Play Clinic. Gill’s other rehearsed play readings were Flutter at the Project Arts Centre in 2011 and Rosita at Bewley’s Café Theatre in 2010.

Leah and Chloe are lap-dancers and lovers. They are trying to make it in show business in New York City. Tonight is the night their pursuit of the American Dream comes crashing to a halt and they have to face up to the nightmare reality of their existence.

Kath has a problem. She’s afraid to leave the house. Being in therapy for a year with Ruth hasn’t helped. So now Ruth is doing a house visit to see can she help Kath overcome her fears. But Kath lays down a condition before she’ll consider going outside. Which means Ruth’s professional resolve and her relationship with Kath will be tested like it never has been before.
Arnold Thomas Fanning’s plays include Those Powerful Machines (Dublin Fringe Festival 2008), Shafted (New Theatre New Writing Week 2009), and Griswold (Focus Theatre 2012). His short stories have been published in Ireland and America and broadcast on radio in England. A screenplay for the short film Still Rain which was shown at the Cork Film Festival. He has also co-written the script for the one hour TV film Making Ends Meet which was broadcast on RTÉ and also seen in film festivals in Ireland, England, and Canada.
Arnold has been a resident at the Tyrone Guthrie Centre, Co. Monaghan, the Virginia Centre for the Creative Arts USA, and the Edward Albee Foundation Residency in Montauk, Long Island, USA, as well as a Work-Study Scholar in the Breadloaf Writers’ Conference, Vermont, USA. He has participated in writer’s workshops in Dublin and Prague, participated in the Sources 2 script development programme in Germany and Norway, and received several grants from the Irish Arts Council. Arnold is an Associate Writer with the Focus Theatre. 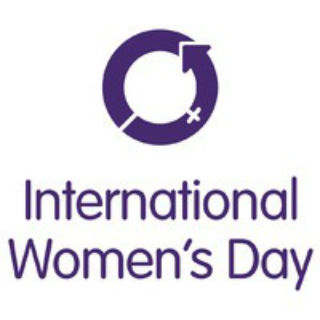