What happens if you have lost everything? If you have nothing more to lose?
What happens if you are a decent man, an ex-teacher, who has been destroyed by the banks? What would you do to change the system?
A well-known banker, a CEO, wakes up to find himself blindfolded and bound. His wife and his sixteen year old daughter are in the same position. Then the kidnapper enters: quiet, determined, organised. This is no spur-of-the-moment action. They are in a small disused theatre which he has soundproofed. And he has a plan…
And no, this man isn’t a psychopath, but he is motivated, terminally, and as such he is very, very dangerous…

Written and directed by Brian McAvera.

Brian McAvera is a dramatist, director, curator, art critic, and art historian.
As a playwright he has written over twenty-five professionally produced stage plays, over eighteen radio plays for the BBC and RTE ( many of them translated) and two television films, one of which he directed. At various points in his theatrical career, he has directed for the stage (including the world premieres of John Arden’s The Ballygombeen Bequest, and plays by John McGrath, Jennifer Johnston and himself). He was the founder or co-founder of various theatrical companies including New Writers Theatre in Belfast in the early eighties, and at intervals has taught or lectured in schools, colleges and universities.

His best known plays, all of which are published by Oberon Books, London, include the cycle of eight plays called Picasso’s Women. Which were first performed at the National Theatre, London and at Edinburgh Festival. Other works include: The Troubles’ Trilogy; Yo! Picasso! (A companion piece to Picasso’s Women); Kings of the Road; a play loosely based on the life of the artist Francis Bacon (Francis & Frances); an adaptation of the much-loved classic The Irish RM; and a tragedy called Windowland. He is an artistic adviser to the Focus Theatre in Dublin and sits on the theatre committee of The Writers’ Guild of Great Britain. He is currently writing a play about the life of Samuel Beckett.

In the world of the visual arts he has published fourteen books including the historical survey Art, Politics and Ireland, a study of twentieth century Indian art in relation to the artist Afterjeet Danjal called Ploughing the Stars, studies of the artists Eamon Colman (Dreams of a Lion’s Head) Michael Cullen and Victor Sloan: Marking the North as well as thematic studies such as Icons which explores the art produced during The Troubles. He has curated numerous exhibitions for galleries in Ireland and the UK including a two-part survey of Irish art North and South (Parable Island, Bluecoat Gallery, Liverpool).
A large-scale survey of contemporary Scottish and Irish Art (Rolling Devolution) which travelled throughout Scotland and Ireland, the first-ever exhibition of socio-political art produced during The Troubles (Directions Out at The Douglas Hyde Gallery, Trinity College, Dublin), retrospectives for the artists Victor Sloan (Impressions Gallery, York, UK) and Bob Sloan (Irish touring exhibition) and two recent historical shows for the Golden Thread Gallery in Belfast (Post-War: Pre Troubles with Dr. S.B. Kennedy, and Icons of the North). In March 2013 Four Fields Press published his monograph on the Irish artist Patrick Pye.

He was a co-organiser of the International Sculpture Conference in Dublin in 1988, has been a board member for organisations such as The Photographers’ Gallery, Dublin, and has written extensively on the arts for newspapers and magazines for over twenty-five years. He is the author of over fifty catalogues, has been a contributing editor to the American magazine Sculpture for over twenty years, and for every issue of the quarterly Irish Arts Review since 2002 he produces a substantial artist’s interview and a Catalogues’ Page. Currently he is researching A Critical History of Twentieth Century Irish Art. 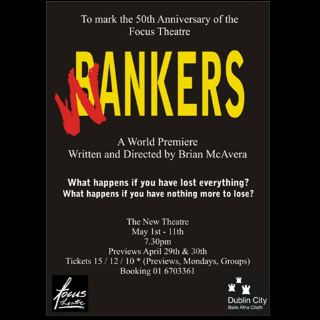