2pm – Dear Mr Ken Loach
(30 mins) a film by Nicola di Lecce and Rossella Lamina.
This film charts a meeting between Ken Loach and laid-off workers at the Turin Film Festival. In 2012 Ken Loach refused a Turin Film Festival career award, in solidarity with these workers, who denounced they had been exploited for years by a subcontractor involved with the festival. In December of that year he met those workers in a public meeting, which resulted in a wonderful display of mutual sharing and empowerment for many Italian workers.
We thank the directors for making this film available to us.

3pm – Car Trouble
(6 mins) by Richard Kearney and Philip Lewis
In the first short film submission following our invitation to Irish directors, we are delighted to screen “Car Trouble”. The film is a very atmospheric and finely crafted work but to say more, might give away the plot.

We have acquired the rights for a single screening of The Angels’ Share by veteran British director Ken Loach. For those of you who missed this hilarious comedy on it’s short stay here, this is not a chance to be spurned.
We gratefully acknowledge the assistance of the screenwriter Paul Laverty, Deirdre Johnston at GFD Film Library, Eimhear McMahon at Sixteen Films and Frameit Productions. 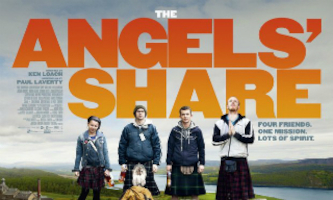