Home  /  Play Reading   /   The Prodigal Brother
Back to events

Dublin, two weeks before Christmas, and it’s the eve of ‘first night’ for Boyd’s American Brasserie.
Ollie Cavendish turns up with his girlfriend, Trish. To sample the fare at the Brasserie, which will be launched the following day by his more successful older brother Boyd, and his elegant wife, Lauren.

However, the apparent bonhomie of the evening hides a multitude of hidden agendas: Ollie is desperate to conceal a shameful decline in his fortunes, Boyd calculatedly keeps his true objective under wraps and Lauren hides her fear of Trish behind a rictus grin.
As the night wears on and the alcohol takes over, the laughs and teasing give way to suspicion, ugly revelation and resentment, culminating in a battle for Ollie’s soul that produces more than its share of losers.

About the Author
John Lattimore is a freelance journalist and is the author of a number of plays and screenplays.
The Prodigal Brother is his first work to be performed in Ireland. An earlier play, Act of Contrition, featured in the International Playwriting Festival at the Warehouse Theatre, London, in 2011. 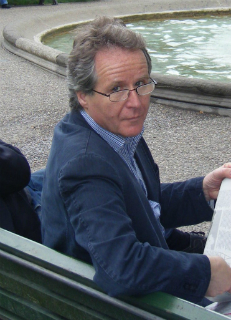