This isn’t the first or last film to tell the story of a bunch of strangers thrown into a creepy mansion for a few nights, but it may well be the cleverest and gayest of them all!
By the late 1950s, Freudian psychology had well reached the masses. Ordinary people were familiar with the theories that there are different parts to our psyche (roughly, a moral side and a wild side), that humans can only function in society because they repress their instincts, and that a lot of what we repress is floating in the unconscious —haunting us— and is likely to come out somehow.

One way of enjoying The Haunting is by seeing this mad house as a metaphor for an individual psyche: each character in this motley crew represents one aspect of human nature. Needless to say, since we are talking about repression and the unconscious here, sex plays a big part. The film is peppered with queer clues (watch out for the lesbian statues!), and one of its main storylines concerns the seduction of a woman by another woman. Didn’t Freud himself say that fundamentally we are all bisexual? Well, there you are. If this mansion is a person’s head, the person is lesbian. And the thing she is most afraid of, and the cause of all the supernatural disturbances in the film, is actually her own lesbianism.

Considered to be one of the best horror films ever made, The Haunting is actually full of wickedly funny moments, much like a bar of dark chocolate stuffed with unexpected crunchy nuts. And lets not forget the camera work! This is a masterclass on how to create unbearable tension without CGI monsters or buckets of blood. Today’s filmmakers are still trying to catch up with this great film from 1963.

Important Notice:
Our schedule is subject to change due to availability of films from Film Distributors.
Our next season will offer you another exclusive selection of fantastic LGBTQ films which are either little known, or completely forgotten, or which have failed to get the attention they deserve.

We are calling this season the “Evil Season: ‘Mad, Bad, and Dangerous to Know'”. After our roller-coaster Season Two, “Around the World in the 80s”, we are traveling back in time to the 1940s, 50s and 60s (we will be stopping in 1968, the year Stonewall changed gay history).
In Season Three, we are going to take a look at some gloriously gay films from Hollywood, made under heavy censorship but managing to tell amazing queer stories in exciting new ways. By contrast, we will also look at the freedom of European films of the period, talking about homosexuality with a mater-of-factness which is often shocking.

All our films for Season Three have one thing in common: they deal with evil — evil gay, lesbian, bisexual, transgendered, and queer people, yes, but also with the curse of internalised homophobia, and with the horrors of a society that cant cope with black sheep. Some of our films have great gay baddies, other films pretend to condemn us so they can publicize gay culture, and others are about people who are dying for an opportunity to be “bad”.

In short, in Season Three we will see some of the lesser known but most intelligent portraits of gay people ever created, we will laugh at society’s boring obsession with normalcy, and we will also celebrate evil. That’s right, we will embrace the “intrinsic evilness” that Mr Ratzinger finds so scary, and we will celebrate it. Because, lets face it, it has been a blessing for many of us — enriching our lives with excitement, fun, tenderness, friendship… not to mention some truly fantastic films!
Evil Season. It’ll be a thrill. 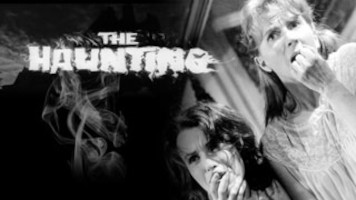