September 7-22 sees Dublin Fringe Festival once again take the city on its annual adventure of delight for its 19th year in a celebration of the new and next in theatre, performance, comedy, music, live art, circus, spectacle and more!
As Ireland’s largest arts festival Dublin Fringe Festival is delighted to work with the New Theatre to bring exciting new work to audiences to delight and enthral.
Our full festival programme is available on our website: www.fringefest.com
All bookings for Fringe Festival shows taken through the festival box office only.
Please see the shows at The New Theatre here

Who do you look like? This is the first question on everyone’s lips when a baby is born. What if you look like no-one? What if the DNA stops with your pale skin and red hair in a family of dark skinned brunettes? A poignant and humorous account of a woman turned detective on a mission to reveal the truth behind letters never received. A quest that leads her into conflict with archaic bureaucracy and religious authority while challenging the re-written lives of a child and a parent in present day Ireland.
Development supported by Fishamble: The New Play Company’s New Play Clinic scheme and initially presented as a work in progress as part of THE THEATRE MACHINE TURNS YOU ON: VOL 3.
Honest, provocative and extremely moving telling of a far-too familiar Irish story. – Róise.
Runs: Mon 9 (preview) – Sat 14 Sept @ 8.00pm
Tickets: Preview €10.00, Full price €14.00, concessions €12.00
Duration: 60 Minutes

Aged almost 30, faking it as adults, Emily and David still wake in the mornings wondering what they want to be when they grow up. She wonders how the same face could have spots and wrinkles on it. He realises it is too late for him to ever have a successful sporting career. This is not exactly where either of them thought they would be. Age is relative but, in dog years, Emily and David are very much dead.
Blended with acoustic versions of 1980s pop hits, a comic coming-to-terms tale for the newly grown-up – featuring Wham Bars and Wham!
Play development has been supported by Fishamble: The New Play Company’s New Play Clinic scheme.
Anxiety medication for the nostalgia generation from some of the smartest 30 year olds around. – Róise.
Runs: Tues 10 (Preview) – Sat 14 Sept @ 6.00pm
Tickets: Preview €10.00, Full price €14.00, Concessions €12.00
Duration: 60 mins

Part theatre play, part game about the strategies we follow to quit – a documentary theatre piece about investments, fate and happiness. Quitting seems to be the big thing: companies liquidate or pull out of countries, countries threaten to pull out of Europe and people are pulling out of countries, relationships, bad habits and reality. This is a show where the performers ask the questions and what happens next it is up to the audience. It’s for those with conflicting feelings about leaving, the future, sinking ships, national anthems and game theory. Originally developed for the Cork Midsummer Festival WE LIVE HERE strand.
Makeshift will gently prod you out of the procrastination station where we ignore the big murky questions facing us as individuals and as a society. – Róise.
Audience members should receive their tickets in envelopes and retain those tickets throughout the show.
Runs: Wed 11 – Sat 14 Sept @ 1.00pm
Duration: 80 mins

1987: a story hits the headlines that sends an unsuspecting Irish nation reeling in shock and disgust. A story of brutality and bloodshed, of depravity and gross deception. A story of murder. Gerry Ryan has killed a lamb. Kind of. Maybe. What starts as a radio slot about survival guides on the Gay Byrne Show quickly descends into media frenzy. With blood on his hands, Gerry must face police investigation, political scandal and somehow save his career. Come witness the extraordinary story of the birth of a modern Irish icon.
Moving, deeply funny and insightful, this homage to a well-loved legend is as much an interrogation of reality based-celebrity culture as we now know it. – Róise.
Not suitable for children. May contain strobe lighting.
Runs: Mon 16(preview) – Sat 21 Sept @ 8.00pm
Duration: 60mins

After the international success of their multi-award winning Fight Night, Rise Productions returns to the Fringe with a radical re-working of the Tír na nÓg myth. Niamh and Oisín were sold the dream – the house, the life, the kids. But what do you do when everything you ever dreamed of still isn’t enough? One night, a series of games starts to escalate, and threatens to unravel their suburban paradise. Epic Celtic mythology distilled into a Drumcondra Semi-D, presented in the trademark ‘TheatreStrongStyle’ of Rise Productions.
We’ve been waiting for the follow-up to Fight Night for three years and I’m happy to say it doesn’t disappoint. THE state-of-the-nation play about the negative-equity generation. – Róise.
Runs: Tues 17(preview) – Sat 21 Sept @ 1.00pm
Duration: 80 mins

In 2002 Ella discovers a small chocolate box full of precious things in a shop in Cork. Inside are letters, dance cards and receipts dating from 1908 to 1943 detailing the incredibly ordinary love story of Ellen and Henry and the simple domestic life of their family. While documenting her search for these people, Ella is driven to examine her ownership of and relationship with these items and the objects that tell her own story. Directed by Gina Moxley, watch Ella as she struggles to unpack and unpick her baggage. Can she make enough room in her life for the future she wants?
Rarely do we get as excited about the material for a new show as we did with this. An extraordinary story. Beautifully told. – Róise.
Some strong language
Runs: Tues 17(preview) – Sat 21 Sept @ 6.00pm
Duration: 50 mins 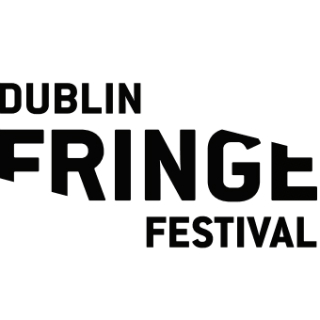