The Nature of the Beast

A stormy November night,
A Celtic Tiger Semi D, in commuter belt Leinster.
Owned by Keith and Sorcha, two émigré Dubs,
Now unemployed and in catastrophic debt,
And there, painting over the cracks – literally,
Are their Dads, Ray and Bob.
Debt, subsidence, unemployment, depression,
And anger anger ANGER.
By the way, that’s the comedy part.
Because when Ray goes to get more rollers,
He finds something that will get them all out of trouble
– According to him.

“Anger is not a policy,” says a leading economist.
Laughter isn’t a policy either.
But it’s better than anger.
But for Bob, Ray and the others,
A hard decision must be made.
And, therein, the tragedy.

Ted Gannon has been writing professionally for twenty years. He was a lead writer on Ballykissangel, Fair City, and Deception. Also, he has written for many other shows such as Holby City, The Clinic, Rough Diamond. He has created and written his own successful TV series and serials.
This is his first play. 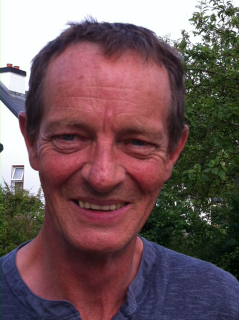