This Halloween Just Theatre returns with hit Waking Nosferatu, a complete, scene-by-scene recreation of F.W Murnau’s 1922 Nosferatu: Symphony of Horror. This centurion classic was the first screen adaptation of Bram Stoker’s Dracula, and is today a cult-classic and benchmark for the horror genre. Waking Nosferatu is a spectacular cino-theatrical experience that bring you into the presence of the original Nosferatu, integrating vivid stage performances with footage from the original movie. 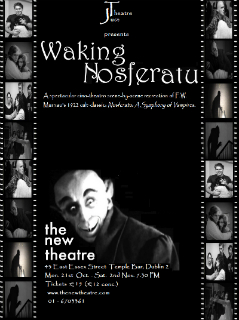