‘You must have a dragon hidden inside you. When you need to, you let the dragon out.’ (Anderson Silva, UFC World Champion).
Why do some boys not cry? Gerard Kelly wants to find out. He’ll revisit old influences, heroes and enemies to uncover what shaped him into the man he is today. From his own father to Daniel Laruso to Tupac Shakur, join him as he tries to shake off his own unwanted traits of masculinity. You might even meet a couple of your old heroes along the way.

Written by Gerard Kelly and directed by Grace Dyas, Confusion Boats is an in-depth look into masculinity and the role of the male in society, what we think it is and how we have made it that way.
Not to be missed. 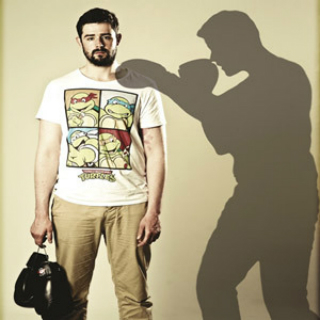