Imagine returning from a night out, only to find what was once your home has been transformed into a prison. You are the victim. The intruder is your prison warden. This night and consequent choices will change your lives forever.

‘The Early Hours’ written by Bernard Field is returning for a third outing under Dublin’s Newest Theatre company L’Equipe Alvarosa and in collaboration with Burning House Productions.
Fusing film and live action on stage L’Equipe Alvarosa aims to highlight and engage with the issues raised in this gripping and haunting piece of writing.
The Early Hours is back with a different cast, director and approach; however, with such intense writing as its core, the show’s modus operandi has remained intact. A Newton’s Cradle of power exchange will leave you asking questions as to who really is the victim here.
A psychological after taste will remain in your mind’s eye once you exit the theatre.

Bernard is from Dublin, where he began his theatre career in the 1980s. It was while performing in outdoor Shakespeare productions that his love of theatre really took root.
He then moved to London where he continued his acting work on the fringe. He was part of numerous productions and among many roles played characters as diverse as Pushkin’s Don Juan; Beckett’s Hamm, (the first tour by an English speaking company of Belarus) De Ghelderode’s Galgut and John Rutherford in Githa Sowerby’s Rutherford and Son. Around this time he also started to write, act in and direct his own plays, producing them on the fringe.

He moved to Galway in ’07; Last Train From Holyhead was his debut production with Haw Theatre, which he formed on his return. Playing to enthusiastic reviews it starred the great Mick Lally in one of his final roles before his untimely death. His next two plays “The Early Hours” and “Zeitgeist“ also played to great reviews while his most recent offering, “The Juggler”, took his work a further step along the inevitable path that will lead in the end to…

Anthony, a graduate of the Sanford Meisner School (LA) and the Gaiety School of Acting has played in many theatre, film and pantomime productions both in Ireland and the UK. While working with RTE, TV3 and the BBC, among others, and many professional theatre companies Anthony has received many wonderful reviews. Anthony is currently rehearsing for ‘The Hidden’ a show to be staged in London in the new year; while also in pre-production for ‘Shades’ a series showing the true life of Irish Gardaí.

Anarosa de Eizaguirre Butler trained at Liverpool University where she received her BA in Theatre Studies. After working professionally for 7 years in the UK she returned to Dublin where she received her MA in Theatre Studies. She co-directed Death of a Salesman, starring American actor Patrick Cronin, which also toured and reached Serbia.
She has previously performed The Early Hours and has also worked with Anthony Blake and Bernard Field. 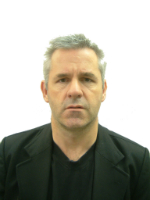 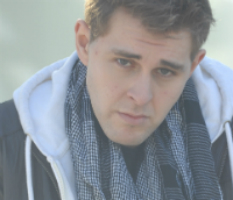 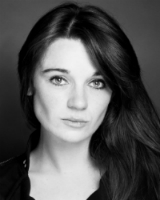 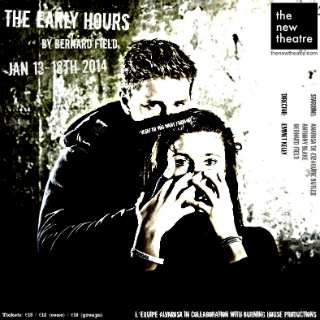