Beneath The Cedar Tree

Home  /  Play Reading   /   Beneath The Cedar Tree
Back to events

About the Author
Frank Shouldice has written and directed ten stage plays, recently reviving ‘Marie Clare’ for a very successful three-week run at Theatre 36. Other plays include Journeyman, A Few White Lies, TráWatch, Laura’s Day, Jack and Linda Discover Space, Shift Work and for the Passion Machine, The Man Who Cared Too Much. He has scripted also for TV and Film, including Uncle Robert’s Footsteps which featured at the Sundance Film Festival and several radio plays for Sunday Playhouse. He was Series Director of the Three 60 disability series for Animo Television and produced/directed the IFTA-nominated Cyberbullies documentary for ‘Prime Time Investigates’.

Helen Behan made her TV debut in Shane Meadows’ powerful drama This is England ’88. She then appeared in Series 4 of Love/Hate and played principal female lead in Chris Lodge’s short film Elysium Titanic. On stage she starred in Marie Clare and more recently in Three Monologues Theatre Jennifer McLaughlin at the Derry CIty of Culture Festival. As a backing singer Helen also performed at Catlepalooza Music & Arts Festival.

Originally from Croatia Mirjana Rendulic toured her own stage play Broken Promise Land­ (directed by Aoife Spillane Hinks) last year. Other theatre work includes the one-woman show Sylvia’s Quest and Anything But Love at the Belltable Arts Centre. She recently featured in RTE’s drama series Amber. Mirjana played the principal role in Aoife Crehan’s short film Used and in Confidentially Yours by Curved Films. She will also be seen in the upcoming feature film Ecstasy of Isobel Man.

Mirsad Ibisevic is a native of Visegrad. He loves acting and most of his stage work was at home in Bosnia. Since moving to Dublin ten years ago he has done training courses in Filmbase, Gaiety School of Acting and The Factory. Mirsad also appeared in the independent movie Creator of Chaos.

Ernis Avdic was born in Brcko, Bosnia & Hercegovina and arrived in Ireland 21 years ago as part of a Refugee Admissions Program. An aspiring actor with a strong passion for the Arts Ernis has established himself as a freelance photographer for the past six years. 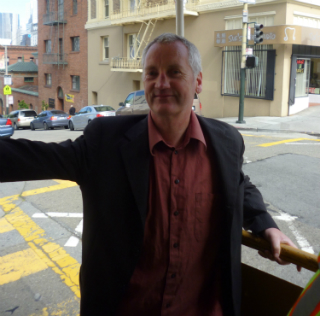