Written and Performed by Katie O’Kelly
Directed by Donal O’Kelly
Welcome to the world of fashion retail, a labyrinth of sequins, hangers, sales targets and bunions where “the customer is always right”. Four shop employees. One day on the shop floor. A day so jam-packed it is bursting at the seams, and the workers feel as disposable as the clothes they sell. A whirlwind solo show by Stage UK Best Solo Performer nominee in the Edinburgh Fringe 2012. Come delve in the hidden world behind the super friendly smiles of our department stores. Laugh, weep and scream!
Ka-chinka-ching!
After a successful run in the Dublin Fringe Festival last year, Counter Culture is taking to the New Theatre stage for one week only! 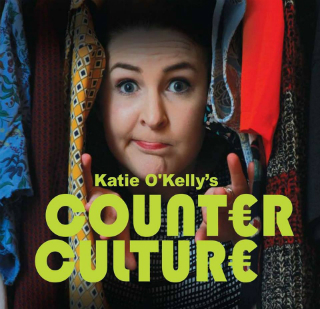