Six years ago David Colgan made a choice. A choice that exonerated a friend. A choice that ultimately ended his marriage. And a choice that he’s told himself, time and time again, that he’d make again in a heartbeat.
Until tonight.

Night in Ballina tells the story of four people, initially friends, over the course of two nights, six years apart. After the disappearance of a local girl, David makes the decision to defend his friend, Vincent, when suspicion starts to link him to the crime. It’s David’s defence of him that ultimately rehabilitates Vincent in the community.
6 years later, in similar circumstances, David’s daughter goes missing. And as the minutes tick away and David finds himself realising what his wife meant all those years ago. Maybe Vincent cannot be trusted.

A new work that parallels the past and present simultaneously and set against a score of haunting and original music, Night in Ballina is a thrilling, forensic dissection of the idea of trust. Bookended by two tragic events, this is a story of four people, one sole decision and the unimaginable consequences that stem from it. 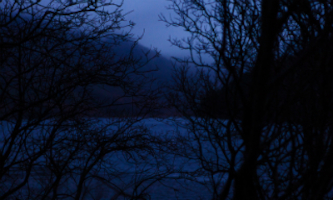