Maura is at a loss. Years of caring for her late mother have taken their toll and now she finds herself bereft and alone. She is the forgotten sister, the maiden aunt… the one who got left behind.

Grief at her mother’s death is compounded by the knowledge that Maura is about to lose the only home she has ever known, the old family pile, Retreat House. She begins to spiral into depression as her favourite nephew, Jason, watches on. Struggling with personal issues of his own, he tries his best to restore Maura’s wellbeing. But a visit from an old family friend provides an unsettling reminder of the past.

Retreat is a new play that examines how our state of mind is influenced by our sense of place. Challenging and revealing, it is unflinching in its handling of the devastation wrought by mental illness. But it is not without humour and hope.
The play is likely to provoke discussion and debate, and audiences will be invited to participate in post-show discussions with the writer and with professionals in mental health services.

The WRITER
Geoff Power works in television, and he teaches creative writing in the Midlands Prison. He is also prone to the occasional creative punt – he has made two short films, and is a co-founder of the theatre group, Percolate. After rehearsed readings of new work at Bewley’s Café Theatre and the Project Arts Centre, in 2010 and 2011 respectively, Percolate co-wrote and produced Green Street, the site-specific and sell-out hit of Dublin Fringe 2012, directed by Paul Meade.
Geoff has recently edited an anthology of writing and art by Irish inmates, which was funded by the Arts Council’s Writer-in-Prison scheme.

The DIRECTOR
Bairbre Ni Chaoimh has worked extensively as an actor on stage, screen, radio and television. As a theatre director she has presented many plays in Ireland as well as international touring productions for The Gate, Calypso, Storytellers, Red Kettle and Lane Productions in England, Scotland, Germany, Kosovo, Macedonia, America, Canada and Australia. She was an Associate Artist at The Abbey Theatre for three years and received an Irish Times Award for her work as Artistic Director of Calypso.
Directing credits include Master Harold and the Boys and The Wonderful World of Dissocia for Calypso, Come and Go, Act without Words II and Play for the Gate, Catalpa for Donal O’Kelly, and Thou Shalt Not Kill for Smashing Times. Previous directorial work at The New Theatre includes Seven Jewish Children, The Diamond Lens, The Stone and I Do Not Like Thee, Dr. Fell.

The PRODUCER
Karina Buckley’s journey into theatre began at UCC Dramat where her production of A Midsummer Night’s Dream is still spoken of in awed tones. (Well, that’s what we tell her anyway…) Her career led her to television but she still produces the odd play, most recently working with Asylum Productions on the Dublin Fringe hit, Red Lola, in 2009.

The CAST
A Dublin native, Charlotte Bradley studied languages and literature at UCD before embarking on an acting career. Film and television credits include The Van, Smilla’s Feeling for Snow, Moll Flanders, About Adam, Speed Dating, Cake, Family, Fair City, The Ambassador, Shameless, Father Ted, The Innocence Project, Tri Sceal, Seacht, The Clinic, and Proof.
On stage she has worked with Passion Machine in Wasters, Pilgrims and Buddleia, written and directed by Paul Mercier, and Brown Bread, written by Roddy Doyle. Recent work includes the role of Mary McCann in the TV drama series Titanic: Blood & Steel, with DeAngelis Group, Italy, and an extended run in Liola, by Luigi Pirandello, at the National Theatre, London.

Andy Kellegher has been seen a lot on television lately. Among his recent credits are Quirke, Game of Thrones, Vikings, Ripper Street, Parked, Inspector George Gently, and The Tudors.
On stage, he appeared in Gonzo Theatre’s The Circus of Perseverance, in 2013, and he worked with director Paul Meade in the 2012 Fringe hit, Green Street. Andy was in Druid’s The Playboy of the Western World and The Well of the Saints, both directed by Garry Hynes, and with Decadent Theatre on Here We Are Again Still, The Good Thief, and Country Music, all directed by Andrew Flynn. He also featured in Juno & the Paycock, at Cork Opera House, and Translations, at the Town Hall, Galway.

As a member of the Abbey Theatre Company Maire O’Neill has played over 150 roles in the Abbey and Peacock theatres, including: Desire Under The Elms, The Plough and the Stars, Juno and the Paycock, Shadow of a Gunman, The Silver Tassie, A Pagan Place, The Man Who Came to Dinner, She Stoops to Conquer, Arturo Ui, The Lover, Boss Grady’s Boys, The Shadow of the Glen, Lady G (one-woman show). Other work includes, A Horrible Popish Plot (Gate Theatre), The Righteous are Bold (Olympia Theatre), The Colleen Bawn (Gaiety Theatre), and Philadelphia Here I Come (Druid Theatre). 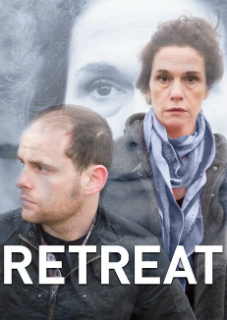