The Trial of Countess Markievicz

Home  /  Play Reading   /   The Trial of Countess Markievicz
Back to events

Other works include “Vanguard of the Revolution” in Ruan O’Donnell (ed.), The Impact of the 1916 Rising (Dublin, 2008) and ‘Cumann na mBan and the Red Cross,1914-1916’ in Associational Culture In Ireland and abroad edited by Jennifer Kelly and R.V Comerford ( 2010), ‘Parade of poverty in the streets 1913: the mothers and children’ in A Capital in Conflict: Dublin City and the 1913 Lockout, (eds) Francis Devine Mary Clarke and Maire Kennedy (published by Dublin City Council 2013)
Written a drama called ‘Lockout’, staged at the New Theatre in Essex Street in April 2013. Re run 7-19 October 2013
2009-2013 Lecturing at NUI Maynooth.
Currently working on the History of the Irish Citizen Army . 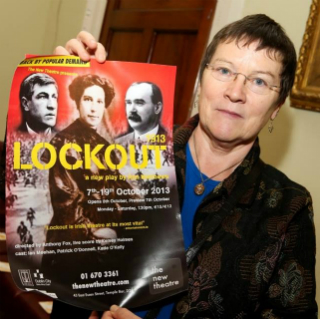