Home  /  Theatre   /   Margaret Thatcher Queen of Soho
Back to events

She’s back! Britain’s first female Prime Minister stars in a drag comedy musical extravaganza like no other! On the eve of the vote for Section 28 (UK’s 1980s anti-gay law) Maggie gets lost in Soho and ‘accidentally’ becomes a cabaret superstar!
Will she change her mind about the homophobic Bill before it’s too late…? A camp odyssey about gay rights, politics, sex, the 80s and disco! 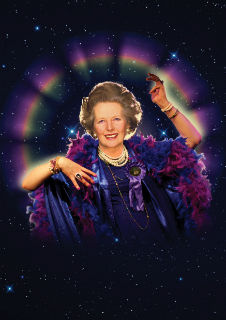