A poignant and humorous account of a woman turned detective on a mission to reveal the truth.

‘From an early age I was told I was adopted. In fairness I think my parents had no choice but to tell me, what with me being redheaded with pale skin in a family with dark skin and dark hair. While I loved being able to say I was adopted when I was a child (it made me feel exotic), I also learned that it was a word that was used by adults with a dropped voice. ‘Bad blood will out’ was a phrase that was often thrown about in conversation in relation to adopted children in 70’s Ireland.’ 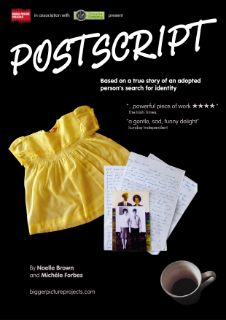