FIREPLAY follows two brothers and a friend, Michael, living impoverished lives on the bad side of town. The hospital has just closed, and whole streets are being burnt down.
When a fire-obsessed man appears to Michael in one of his dreams, he begins to think that there might be a way he could help his bed-bound friend Victor to health.
But tensions are running high between the three, each struggling with deep personal problems – be it Luke’s alcoholism; the abuse Victor suffered as a child; or the strange deal Michael has entered into in his meetings with the man in his sleep.

It is a play about a man who sells his soul and tries to retract the deal. But beyond that, it is a deeply human picture of three men’s desperate struggle with the question ‘are we all destined to become our parents?’

About the author
James Ireland is the writer and producer for Cyclamen Productions Theatre. He is an experienced playwright, seeing his first co- and solo-written plays staged in England when he was fifteen and seventeen respectively, and has most recently seen his co-written plays Emma: The Stolen Child and The Dispersal of Wildflowers staged in DU Players Mythfest (2014) and the 10 Days in Dublin festival (2013).

In other capacities, James is often found commissioned for specialist props and puppetry, with notable examples of his work including puppets made for Enemy of the Stars (Trinity Long Room Hub, 2014), The Machinewreckers (Samuel Beckett Theatre, 2014), and Stacy in the Edinburgh & Islington Pleasance Theatres (2011, 2012).
James Ireland’s other creative projects involve performance art, such as self-immolation broadcast with Bluebottle Collective (2014), and poetry published in a number of anthologies and journals (2008-). He currently studies a Bachelor of Arts in English Literature and Drama at Trinity College. 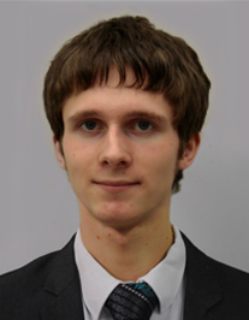