Director:
This production is directed by Justin Martin who most recently worked as associate director on the award-winning productions of “Let The Right One In” and “The Audience” (starring Helen Mirren). His next role will be as Stephen Daldry’s associate on “Skylight” starring Carey Mulligan and Bill Nighy this Summer in London’s West End. 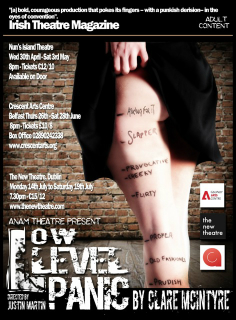