The closed loop of an unorthodox island ‘family’ is bounded on the inside and the outside by the ever-present threat of violence. Family life performs its rigid and terrifying circuit until one by one each child develops enough courage to flee into the night – preferring to plunge totally into the external chaos than to continue facing it on two fronts along the same narrow track where hope died a generation before. The last child to flee breaks the island, the circuit, the camel’s back, and their own island of sanity. In a psychiatrist’s salon the fragments of the island are hallucinated back into a familiar narrative loop of double-bind despair, but with a less unbeautiful prospect this time round.

About the author
Born in Dublin, and some time later a peripatetic molecular biologist (he has a PhD in Biology from the University of York), George Saitoh is now a dedicated poet, fiction writer and dramatist for stage and screen. Tokyo has been his home and cradle of inspiration for the past 10 years. His short fiction has been published in Word Riot and BU’s Clarion, and a collection of his short fiction is soon to be published by Pen & Anvil Press. His short play, Cowards Soup, was produced in Tokyo in 2012. 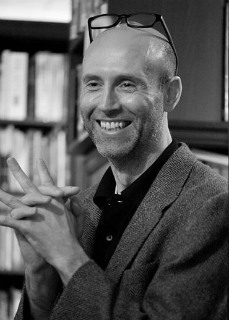