Home  /  Film   /   The Feminist Film Festival
Back to events

PLEASE NOTE: The short film details will be announced next week. All screenings are subject to licence. Tickets are available on the door or on entertainment.ie from August 9th

About the programme, from Festival Director Karla Healion:
“We want the programme to be both accessible and interesting, and of course to celebrate great female film-makers, character portrayals and the stories of women.

Elaine Stritch: Shoot Me is a documentary from director Chiemi Karasawa following the fabulous and fascinating Emmy and Tony Award-winning actress Elaine Stritch. Stritch died just last month so this is a fitting tribute to the life of an indomitable and powerful woman and we are proud to present the film’s Irish premiere at the Feminist Film Festival. Perhaps best known recently for her hilarious role as Jack Donaghy (Alec Baldwin)’s mother in 30 Rock, Stritch belonged to that old-school caliber of American Broadway/film actors, over the top, uncompromising, funny and extremely talented, but always with more going on beneath the surface than she would ever show. A fascinating and hugely entertaining film.

We are genuinely thrilled to have one of Ireland’s best film-makers and most well respected experimental and cinematic artists join us on Sunday evening for a double bill and Q&A session. Vivienne Dick is one of the best known and most important Irish film-makers of the last three decades. Having been instrumental in the ‘70s ‘no wave’ art scene of NYC, Dick’s work has been shown all over the world including IMMA New York and Dublin, Tate Britain, and The Pompidou Centre and she has received a number of awards from the British and Irish Arts Councils. We are proud to be screening two of Dick’s films, She Had her Gun All Ready from the late ‘70s and also her most recent work, 2014’s The Irreducible Difference of the Other. These will be followed by a Q&A session with the director.

We also knew there had to be something in the programme that is cinematic, well-loved and features a great female lead, and the classic Academy Award nominated Orlando hits the mark perfectly. Written by Virginia Wolfe and directed by Sally Potter, two admirable and important women, Orlando tells the enigmatic tale of a man that becomes a woman over centuries, with the eponymous character played with grace and humour by the fantastic Tilda Swinton. It deals with themes of sexuality, relationships, prejudice and gender identity. And it, of course, looks great, one to really saver on the big screen.

With Fish Tank we celebrate a new wave of female writer/directors making fantastic, edgy and contemporary arthouse. Andrea Arnold wrote and directed this British ‘kitchen sink’ drama about a fifteen year old girl on a housing estate. Although she doesn’t pull punches about the hard lives of hard women, with writing that is tough and hyper-real, in her direction Arnold has created a beautiful piece of work which conflates elements of vérité with thoughtful cinematography and a strangely gentle treatment, contrasting wonderfully with the film’s gritty theme. Fish Tank won the 2009 Jury Prize at Cannes and the BAFTA for Best British Film in 2010.

Our first full-length feature is Persepolis, one of the most interesting and aesthetically gorgeous films of the last decade. Persepolis is an animated adaptation of a biographical graphic novel. The film explores the life of Marjane Satrapi growing up as a young woman in revolution-era Iran. Funny, moving, thought-provoking and insightful, in 2007 Persepolis won the Jury Prize at Cannes and received an Academy Award nomination. We also felt it was important to tell stories of women who are from different cultures, or to cover experiences that are not western-centric.

To celebrate the women of Dublin we have a short documentary called Bananas on the Breadboard (54 minutes) about the street traders of Dublin’s north inner city, who are traditionally and predominantly female. North Dublin represents the heart of Dublin and these women have been working on the streets through rain and shine for over three generations. Such smart, resourceful, interesting and often persecuted people who have suffered through recessions, poverty and police harassment to try to provide for their families. Bananas on the Breadboard features interviews with lots of real traders and also the late great political activist Tony Gregory, as well as some fantastic footage of Dublin.

Of course, a film festival wouldn’t be a film festival without one for the bona fide cinephiles. Chantal Ackerman’s classic Jeanne Dielman, 23 Quai du Commerce, 1080 Bruxelles is often cited as the most important feminist film ever made and deals with themes around age, time, motherhood, sex, financial independence, loss and gender roles. It was directed by Ackerman who used an almost entirely female crew, including cinematographer Babette Mangolte, editor Patricia Camino and producers Corinne Jénart and Evelyne Paul. Jeanne Dielman… is a study in experimental treatment. With very little dialogue and long repetitive shots, it speaks volumes in its portrayal of one woman’s gradual unraveling. Film-makers who use those long, let-the-camera-sit scenes (think Steve McQueen’s Hunger) would be nowhere without this Ackerman Belgian-French masterpiece.
Each film will be preceded by a short film (with the exceptions of Jeanne Dielman… and the Vivienne Dick screenings). These shorts have been chosen from open submissions we received and the film titles will be released next week.”

ALL PROFITS TO SASANE:
This film festival is a totally independent event and ALL profits from the festival will go to Sasane in Nepal (http://sasane.org.np), a non-profit charity organisation run by and for victims of sex trafficking. Sasane provide women with education, support and training. The Feminist Film Festival’s founder Karla Healion visited this charity in Nepal when travelling Asia recently and was blown away by this group of amazing women, who not only survived horrific experiences of sex trafficking and violence but have now set up this organisation that trains, educates and supports other women who need help. The women of Sasane are positive, warm, strong, smart, wonderful people and they so genuinely deserved our support and donation. The hope is to raise as much as possible for these incredible people!

PLEASE NOTE: No money will be taken for admin or processing from the profits, 100% will go to Sasane, who are supported and endorsed by international non-profit Planeterra (http://www.planeterra.org) PLEASE NOTE: Our fund-raising is being MATCHED EURO FOR EURO by international non-profit Planeterra (planeterra.org), ie. every euro we raise will be doubled by Planeterra!!

QUOTE:
“The aim of the Feminist Film Festival is to, first and foremost, raise money for a fantastic and inspiring charity called Sasane who do incredible work in Nepal with victims of horrific sex trafficking and gender violence. By using something like this to raise money it means that we can celebrate women’s rights and female empowerment trans-nationally and remind ourselves that gender equality is still not quite a reality.”
“We also hope, in terms of cinema, to help counteract the mis/under representation of women in film. This means we will support and promote films where women have played a vital role in a film’s making to help inspire others to get involved in film making and production. We would also like to counteract the mis-representation of women portrayed through stereotypical female characters. And, of course, to also bring the perspectives, stories and experiences of women, feminists and **women-identified people to a wider audience through film in an inclusive and friendly event” – Karla Healion. Director

NOTES:
* As far as the organisers have been able to tell this is Ireland’s first/only independent, stand alone Feminist Film Festival (as opposed to a season/screening event etc)! E&OE.
** Anywhere and everywhere that we mention ‘women’ we mean anyone who identifies as a women. 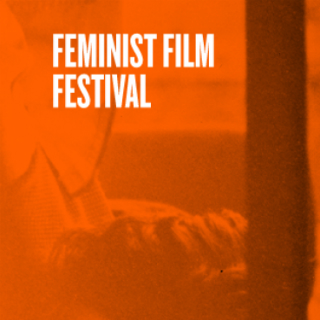