Dublin, 1999. The Celtic Tiger is roaring, but not for everyone. Lawler’s family restaurant is struggling. The Lawlers are struggling. Eamonn won’t change. Karen has to change. Their son, Michael, caught in the middle.
A family at a crossroads, when on Christmas morning, in walks Sean. Things will never be the same again.

Writer/Director: Robert Mc Dowell
Robert Mc Dowell was born in Dublin and has been a professional actor and writer for many years. He trained at the Stanislavski Studio in the Focus Theatre under the direction of Deirdre O’ Connell.
His plays include, ‘The Land of Opportunity’, ‘The Battle for Laura Joyce’, ‘Stay Together or Break Up Forever’ and now ‘Tiger Deli’.

Cast:
Robert Mc Dowell – ‘Eamonn’
Robert is delighted to be making his first appearance on The New Theatre stage. Previous favourite productions have included ‘Pvt. Wars’, ‘A Lie of the Mind’, ‘A View from the Bridge’, (All at the Focus Theatre) and ‘A Few White Lies’ and ‘Stags and Hens’ at Andrews Lane Theatre. He can be currently seen playing ‘Eddie Moore’, in the Calor Gas commercial.

Katherine Murphy – ‘Karen’
Katherine’s theatre work includes ‘The Snow Queen’ and ‘Robinson Crusoe’ (Gaiety Theatre), ‘Can’t Stand Up For Falling Down’ (The John Houseman Theatre, 42nd Street, New York) and ‘The Woman Who Walked Into Doors’ (Olympia Theatre). Katherine has numerous T.V. and film credits including, Sandra Quirke in ‘Fair City’, Molly in ‘The Real Charlotte’ and Mary in ‘The Intruder’.

Stephen Gorman – Narrator
Stephen studied at the Gaity School of Acting and has been a full time professional actor since 2011. In the last three years, he has taken part in several short and feature films including Universal’s ‘Leap Year’ and has also appeared in a number of plays including Brian Merriman’s ‘Eirebrushed’ which debuted at the New Theatre in May 2014. 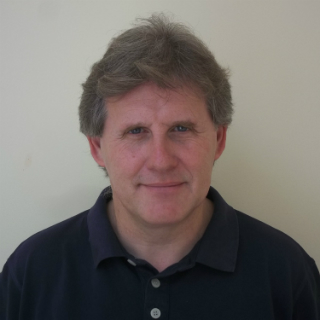