London is Burning / The Apples of the Golan

“Riots are the voice of the unheard” – Reverend Martin Luther King
The financial crisis following the banking collapse in 2008, has been a purely man-made phenomenon, an unsurprising result of the suicidal economics of short-term, casino economics of the international financial sector, and its capital, the City of London. The link between production and ‘wealth creation’ has been shattered by the financialisation of international capital, hence creating a market detached from economic realities. This has led to the deepest financial crisis in our lifetime, with hundreds of millions all over the world suffering, and having to pay the cost of the reckless financial market.
Instead of dealing with the banks and financial institutions of Capitalism which have brought about this latest crisis, the UK Coalition government has launched a massive attack on the victims – the unemployed, the low-wage earners, migrant workers, people on benefits, the old and the infirm. They are to ones who are paying the cost of the banks profligacy.
Decades of individualism, competition and state-encouraged selfishness, combined with a systematic crushing of unions and the ever-increasing criminalisation of dissent, have made Britain one of the most unequal countries in the developed world. In this context, the riots and ensuing ransacking of shops and other premises are examined by the film maker.

The Apples of the Golan

(80mins)
– tells the story of Majdal Shams, one of five remaining Arab villages in the Israeli-occupied Golan Heights. Before the occupation there were 139 such villages, which have now mostly been destroyed. Cut off from their homeland since the events of the Six Day War, the villagers fight to maintain their national identity amid political uncertainty, border disputes and the Syrian Civil War. They are all connected to, and owe their existence to, the apples which grow all around the village.
Irish film-makers Keith Walsh and Jill Beardsworth spent five years among the people of the village and have woven together, from the interlocking lives of the apple growers, rappers, salsa dancers, holy men, traitors, and freedom fighters that make up this unique community, a film that is a complex portrait of a place, a people, and the apple trees that root them to land. APPLES OF THE GOLAN covers the four year period up until the Syrian conflict begins to turn into civil war, as the effects are being felt in the Golan Heights. It is a portrait of a village’s survival but also documents the beginning of its journey into the unknown. 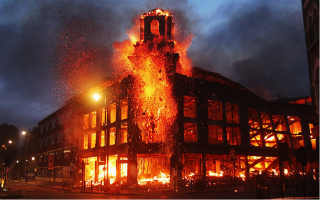