Escaped from the sterile cocoon where she has spent many years CLODAGH CORONA sets foot back in the ‘cosmopolis’ she once called home.
Like an alien in a new world she strives to find her bearings, awakening in her memories of a childhood infamous for that day she spent ‘back the tide’.
A story she wants the world to know. For it is a story of ‘love.’
Performed by Judith Ryan

About the author
I was born in Ireland.
My screenplay Blue Yonder was chosen as part of the Final selection from among 1400 submitted to the BBC WRITERSROOM FILM/TV DRAMA script call in 2014.
In 2013 Verity Bargate Award run by The Soho Theatre London my play Back The Tide placed in the top ten finalists.

My radio play The Sound and the Sperm for RTÉ radio was nominated for the Radio Fiction prize at the Prix Europa festival of European broadcasting in Berlin and was chosen among the top six out of thirty-one countries.
My stage play CLOCKED was a winner in the International Playwriting festival held at the Warehouse Theatre, London where it received its premiere production directed by Ted Craig in 2008.

I was shortlisted for the BBC International Radio playwriting competition for my play Pantaloons the same year.

I was a winner in the RTÉ PJ O’Connor Radio drama awards for my play The Quiet Willoughbys which was produced on the Sunday Playhouse.

I have written, produced and directed plays a number of other plays at the Cork Arts Theatre, St John’s Theatre Listowel and Siamsa Tíre Theatre – The National Folk Theatre of Ireland including The Hothouse- An Evening of short plays and in 2011 All Things for Free Radicals Youth Theatre & SHEBANG in 2013
I was recently under commission to Druid Theatre company. 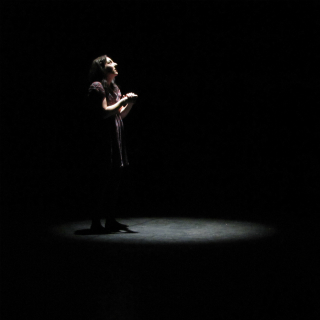