Home  /  Play Reading   /   The Arbitration
Back to events

A dream play, queer, darkly comic and a bit twisted, set in a fluid and quickly changing realm, an absurd playground from which to explore the emotional landscape of a painful breakup. The dreamer is Matty, and everything that happens unfolds according to the logic of his mashup of memory and fear, urge and anxiety, the projections of his troubled psyche.

There is puppetry, a bit of singing and several short bouts of dancing (note: the play is not for children). Emerging from the absurdities is a narrative of love lost, of partners headed for an arbitration hearing where a mediator will preside over the disentangling of their intertwined lives, in search of that elusive thing called Finality.

About the Author
Marcus Richey hails from Wichita Kansas, USA, but has lived the past 22 years in Europe, mostly in Sweden, where he has lectured in universities in the fields of literature and cultural studies. Having written plays as a much younger man, along with other projects that did or did not pan out to whatever extent, this is his first play for the stage in 23 years and he’s damn happy to be back at it. He moved to Dublin in 2013. 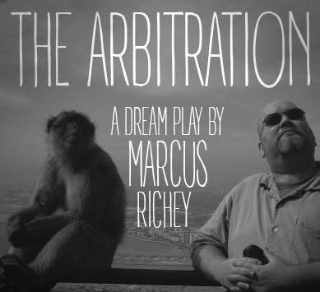