A dark comedy, set in the dorms of Maynooth University, which tracks the relationship between Charlie – an English émigré with a proclivity for Jack Daniels and a searing contempt for academia – and Lucy, his woundingly cynical other half. Their romance is based on mutual loathing; a competition, of sorts, in which each tries to outdo the other by proving the extent of their antipathy. But Charlie, hopelessly bored of his anthropology degree, and driven by a certain relish for chaos, decides to win this contest once and for all through an anthropological experiment of his own: he attempts to lure Lucy into an affair with her polar opposite – a meek, celibate medical student named Sean.

About The Author
Oliver Eagleton is a playwright and freelance journalist living in Dublin, Ireland. When Oliver was fifteen, his first article – a critique of Obama’s foreign policy – was published by the British political magazine Red Pepper. Since then he has written for a number of journals including History Ireland on topics such as climate change, US-Iranian relations, animal rights, and the Irish education system. His debut play, According to His Need, directed by Nora Kelly Lester, ran for the duration of the 2014 Edinburgh Fringe Festival where it received great critical praise, before being transferred The New Theatre last October. Next year he hopes to study English Language and Literature at Wadham College, Oxford. 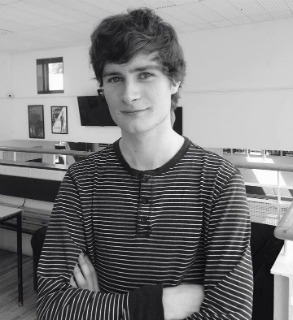