SOLD OUT! Standby only!

Set in the 17th Century, but with a 21st Century attitude, this adaptation is overflowing with outrageous attitudes, dual identities, crafty servants and unbelievable stupidity as they clash for supremacy in Molière’s classic farce. 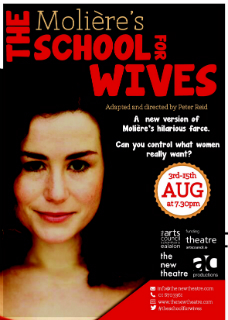