Apartment Block is a domestic drama about a couple, James and Lillian, whose lives are disrupted after Lillian meets their mysterious neighbour, Richard.
Delving into the vicissitudes of relationships, Apartment Block is a tango of mirrors and cloak-and-dagger dialogue, exploring ontological ideas on how couples reflect and absorb one another. At the heart of the piece a dark recollection of abuse partially comes to light revealing how James and Lillian may have really met. Full of serpentine, stichomythia and erotic entanglements, Apartment Block is a minefield of double meanings and mind games, which cuts through the labyrinth of identity with a double-edged sword.

About The Author
Adam Wyeth Was born in Sussex in 1978, and has lived in Co. Cork since 2000. Wyeth’s critically acclaimed collection, Silent Music (2011) – Highly Commended by the Forward Poetry Prize – has been hailed as ‘a debut of astonishing assurance.’ Ailbhe Darcy, describes Wyeth as a ‘poet of ideas exquisitely wrought and swarming, demanding a reader awake to complexity on a subtle scale…the quiet complexity of Silent Music is reminiscent of Scottish poet Don Paterson, and arguably Wyeth’s work, in all its subtlety, ambiguity and quietude, could come straight from Britain’s ‘New Generation.” The Irish Times say, ‘Silent Music is a clever volume that playfully questions taken-for-granted certainties… a fresh and imaginative voice is evident.’

Wyeth’s second book, The Hidden World of Poetry: Unravelling Celtic Mythology in Contemporary Irish Poetry, was published by Salmon in 2013. The book contains 16 poems from some of Ireland’s leading contemporary poets followed by sharp essays and close readings that unpack each poem and explore its Celtic mythological references. Paula Meehan says, ‘This book connects us back to a Celtic dreamtime through mythology, which is, no more, no less than the poetry of the ancestors. It reaffirms the vestigial and, paradoxically, central role of ancestral thought in contemporary Irish poetry.’

Wyeth’s debut play Hang Up, produced by Broken Crow, has been staged at many festivals, including the Electric Picnic and the Galway Theatre festival. Hang Up has been adapted for the screen, directed by Enrique Carnicero and premiered at Cork International Film festival 2014. In 2013 Wyeth was commissioned to write The Poetry Sessions, a full-length play covering all the poets on the Leaving cert syllabus, which has just been on its nationwide tour; co-written with Paula McGlinchey.

Wyeth’s third play, Lifedeath, produced by Broken Crow was showcased at the Triskel Arts Centre mini festival of new work in December 2013 and was named by the Irish Examiner as the play of the festival. It was also performed as part of University College Cork’s Theatre Festival and Engage Arts festival Bandon, 2014.

‘An Evening of Adam Wyeth’ will take place in Berlin, April 2015, by Cracked teapot Productions at the Theater Forum Kreuzberg. The performance will showcase three of Wyeth’s plays, including the premiere Good News. 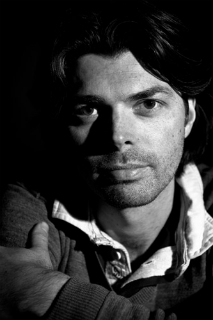