Language of the Mute

A reunion of former friends…
Questions asked … silence broken … truths revealed…
Revenge or Justice? There are choices to be made.
“Binn béal ina thost” – Silence is golden? Sweet is the shut mouth?
A charismatic teacher, a supporter of fundamentalist republicanism and Irish Language activist – whose overt and very public idealism masks a history of sexual and psychological exploitation – is confronted by his former pupils.
The play examines how charisma and idealism can be used to exploit people, sexually, politically and socially.
The core of the problem and the core of the solution is language and communication.
The play shows how ultimately love can triumph over cynicism, how idealism can endure.

About The Author
Language of the Mute is the theatre debut of Jack Harte, acclaimed novelist, short story writer and founder of the Irish Writers Centre and the Irish Writers Union. His stories have been widely published and translated into ten languages. His novel, In the Wake of the Bagger was nominated as one of the 101 Irish Books you Must Read and the Irish Independent declared it to be one of the great books about Ireland. His second novel, Reflections in a Tar-Barrel, first published in Bulgaria, was a major success. He has also written Unravelling the Spiral, a memoir / biography /monograph on the late sculptor Fred Conlon.
www.jackharte.com

About The Director
Liam Halligan trained as an actor at the Focus Theatre with Deirdre O’Connell and Mary Elizabeth Burke-Kennedy. He then worked extensively in Ireland and UK with major companies including the Abbey Theatre, Lyric Belfast, Cheek By Jowl, Birmingham Rep, Oxford Stage Company, Theatr Clwyd, Lyric Hammersmith and The Donmar London. He has a central role in Sean Garland’s film Banshee Blacktop, which will be released later this year. Having been inspired by working with internationally renowned directors like Declan Donnellan (author of The Actor and the Target), Phyllida Lloyd and James Macdonald he began working as a director in Ireland with Focus and Galloglass. He founded Quare Hawks in 2000 and was Artistic Director of Storytellers from 2004 to 2008. He created many original productions and introduced the work of the ground breaking Australian playwrights Andrew Bovell and Lally Katz as well as the work of the award winning English playwright Philip Osment.

Liam was nominated for an Irish Times Theatre Award as Best Director for two productions: Rashomon (Storytellers) and Speaking in Tongues (Quare Hawks). He co-directed A Midsummer Night’s Dream in an Irish Chamber Orchestra/Storytellers co-production integrating all of Mendelssohn’s incidental music which played to full houses throughout the country. More recently he directed a dazzling production of Schiller’s Mary Stuart for Pageant Wagon which had a sell-out run in the Freemason’s Hall Dublin and Billie Traynor’s The Importance of Being Honest which is being revived this summer for Bewley’s Cafe Theatre prior to a national tour.
www.liamhalligan.ie 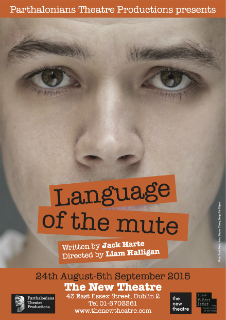