Folie-a-deux: or “a madness shared by two”, known professionally as Shared Psychotic Disorder, is a psychiatric syndrome in which two people share the same delusion, often with devastating outcomes. Folie-a-Deux centres around three characters; Liz, Andrew and Jennifer. During the play it becomes apparent that perhaps Liz and Andrew both suffer from delusions and maybe, just maybe, they acted together to carry out a truly terrible deed. By the end of the play they are forced to come to terms with their actions. On one level this is a tale of fidelity and misplaced trust. On another level it is a darker story of the descent into an imagined place where terrible things can happen.

About the Playwright
Fergal O’Byrne is a writer based in Wexford. He early plays featured in Dublin Fringe Festivals and an early work, Peaches Will Only Come Home in a Blaze of Glory, was selected to be part of the Abbey Theatre’s National Playwrights’ Programme. His first novel, Trolley Ride in Manhattan, was published in 2000 and became a cult classic in the States. His stage play, The Smell of Dragons, won the 2013 Eamon Keane Playwriting Award and Folie-a-Deux, was runner up in the same competition in 2015.

Fergal’s first foray into screen, Glass Ceiling, was shortlisted for the prestigious PAGE International Screenwriting Awards in 2014 and two of his works for TV have been shortlisted in the BBC’s Scriptroom programme. Fergal co-wrote the sitcom Hipsterverse which will be aired later this year, produced by Straywave Films. He has also written four radio plays, all broadcast on RTE Radio 1.

About the Director
William has worked extensively in independent theatre for over twenty years. Theatre credits include numerous Fringe Festival productions and tours of John B. Keane’s The Chastitute and Lane Productions’ hugely successful 12 Angry Men.

William co-produced, directed and performed in several new plays by Fergal O’Byrne, including: Oscar & Jim; Wilde About America; Jack Straw and the critically acclaimed one man show, The Blue Light. He also co-produced and directed many shows, including Shirley Valentine, Educating Rita and a festival of New Works by Women Writers.
He has created many comic characters for radio and was a Grand Finalist at the Edinburgh Comedy Festival in both the BBC New Comedy Awards and Channel 4’s So You Think You’re Funny!? He has performed at the Heineken Comedy Festival, The Empire Belfast and staged his own Billy Dufus stand-up show nationally and internationally.

William played the role of Morgan Dalton in Fair City, Tim ‘Spock’ Brennan in Val Falvey TD, for RTÉ and most recently solicitor Declan Meehan in TV3’s Red Rock. He was co-creator and lead in The English Class, RTÉ. He has directed and appeared in several short films, including Glass Ceiling; Taximan Frank; Clean Slate and directed several chart topping music videos for The Cotton Tree Project in association with Wytao Films. 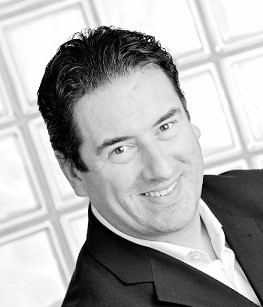