Pete Best Of The Beatles

Pete Best was drummer with The Beatles for two years in the early 1960s. He played hundreds of shows with John Lennon, Paul McCartney and George Harrison – and then was mysteriously kicked out of the band a few short weeks before they released their debut single and went on to take over the world. This new play examines the mystery of Pete’s firing from the greatest rock ’n’ roll group of all time – and it presents a fascinating insight into the early days of The Beatles and their wild nights in Liverpool and Hamburg. And if you think you know The Beatles – you’re wrong! Don’t miss this show.

PETE BEST OF THE BEATLES is Stephen Kennedy’s follow-up play to JOHN LENNON’S LAST DAY which had sold-out runs in Dublin, Belfast and Berlin – as well as being broadcast on BBC Radio 2 in October 2015. Stephen also wrote DEATH AND THE BEATLES FAN and LENNON v McCARTNEY. The latter play was performed a number of times on the Adelphi’s main stage at Liverpool’s International Beatleweek and went on to be made into a short film by Eddie Jackson.

Stephen Kennedy would like to thank the Rehab Group Arts Fund for its support with the development of this script. Stephen would also like to thank all the staff at Briody’s Bar on Marlborough Street. 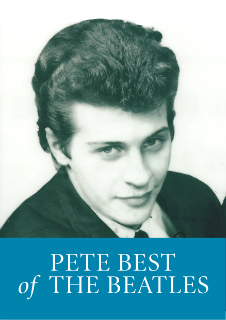 Written and Directed by Stephen Kennedy