Disillusioned with his life in the suburbs of segregated Beirut, Omar’s discovery lures him into the depth of the city. Immersed into a world that is so close yet so isolated from his reality, he eventually loses track and finds himself struggling to keep his attachments, his sense of home.
Director: Ely Dagher
15 mins / Short Animation / Lebanon // 2015

Free Range is the story of a cow that crosses the border from Israel to Lebanon and meets with 16 year old Malakeh and her family. A Lebanese Spaghetti-Western that talks about borders and power between people, religions, cows and UN interventions.
Director: Bass Bréche
16 mins / Short / Lebanon & Germany // 2015

Brillante Mendoza, Pen-Ek Ratanaruang, Eric Khoo and Garin Nugroho are the representative directors that lead the new wave cinema in Southeast Asia. Each of them was recognized by the global film circuit for different styles and interests, but they have the common ground that their source of crea,on comes from the communication with the social experience of each country; the Philippines, Thailand, Singapore and Indonesia. In talking with the four directors, Leonardo Cinieri Lombroso’s Southeast Asian Cinema – When the Rooster Crows reveals the various contexts that brought about the rise of Southeast Asian cinema, including the crash of tradi,onal values and modern change, creative drive of art cinema, and unusual coexistence of commercial movies and guerilla-like independent films. It is an intriguing documentary that is not only an introduction of local cinema, but a chronicle with a three-dimensional approach to the filmmaking tradition and innovation, nation and culture, arts and society.
Director : Leonardo Cinieri Lombroso
88 mins / Thailand, Singapore, indonesia & Phillipines // 2014

Love, Theft and Other Entanglements

Mousa gets into the trouble of his life when he steals the wrong car. What he thought was an Israeli car and an easy way to make money in his impoverished Palestinian refugee camp turns out to be a load of misfortune when he discovers a kidnapped Israeli soldier in the trunk.
Mousa’s hopes of paying the bribe that will guarantee him an exit visa out of the country and away from his wrecked love affair dissipate as he finds himself on the run from Palestinian militias and the Israeli intelligence.
Director: Muayad Alayan
90 mins / Pales,ne // 2015
Cast: Sami Metwasi, Ramzi Maqdisi, Riyad Sliman

It was 1967, Egypt was fresh out of war and its youth hungry for inspiration as thousands danced their nights away to ‘Les Petits Chats’ playing the romantic tunes of the West. In 2009 the now-celebrity band members, such as acclaimed composer Omar Khairat and movie-star Ezzat Abu Ouf, attempt to retie the band’s fellowship that has been broken for 40 years and revisit a nostalgic state of mind of hope in a society that was unconcerned with culture and on the verge of revolution.
Director: Mahmoud Kaabour
80 mins / Egypt // 2015

About the Festival
Throughout history, for almost two thousand years, the immensity of Eurasia was criss-crossed with communication routes and paths of trade, which gradually linked up to form what is known today as the Silk Road. The description of these routes as the Silk Road, however, is somewhat misleading. Firstly, no single route was taken; crossing Central Asia several different branches developed, passing through different oasis settlements. The main one of them travelled through China into Central Asia, Afghanistan, Iran, the Eastern shores of the Mediterranean Sea and Europe. Secondly, the Silk Road was not a trade route that existed solely for the purpose of trading in silk; many other commodities were also traded, from gold and ivory to exotic animals, plants and spices, and various religions and philosophies also travelled along the Silk Routes.

Human beings have always moved from place to place and traded with their neighbours, exchanging goods, skills and ideas.
Chinese adventurers were among the first travellers who, often risking their lives, ventured onto these Silk Roads. Religion was another inspiration to travel along these routes. Buddhist monks from China made pilgrimages to India to bring back sacred texts. People travelled these routes in both directions. During the Middle Ages, European monks and traders travelled to the East for a variety of reasons. In the nineteenth century a new type of traveller was born: archaeologists and geographers from the West, enthusiastic explorers looking for adventure. One of them was the German geographer and scientist Ferdinand von Richthofen who was the one to coin the term Silk Road in 1877 as these ancient routes, despite being thousands of years old, had no particular name until then.

The Silk Road represents an early phenomenon of political and cultural integrity due to the inter-regional trade; diplomatic relations were built up with several countries along the route and the choice of the route depended very much upon the political climate of the time. The silk routes have highlighted the unending dialogue between cultures and showed how the movement of people and the flow of ideas and values have served to transform civilizations. First created as networks for trade and communication, these routes have shaped the history of Eurasia, its languages, sciences, cultures and religions, and left a lasting intellectual and artistic legacy.

Warmly welcome by the world public is the decision of UNESCO to set up the international programme “The Great Silk Road” – a route of dialogue, mutual understanding and rapprochement of cultures. The Great Silk Road, like the Phoenix bird, is beginning its revival and the Silk Road Film Festival aspires to be part of it. 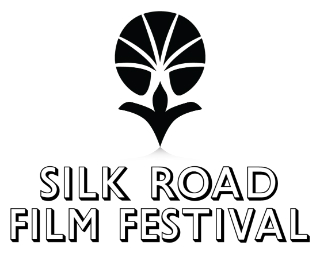