Looking for a different way to celebrate and reflect on the ideals of 1916? Over seven days, the James Connolly Festival, 2016, in association with the New Theatre, provides an intimate platform for not only some of the country’s most progressive, poets, dramatist and artists – but also offers thought-provoking debate on politics and social and political movements in Ireland.

James Connolly is a hero of progressive Irish politics – and one of the main goals of the festival will be to highlight his ideas – especially among the young. Building on the success of our inaugural event last year, which hosted artists including poet Theo Dorgan, musicians, Fiach Moriarty, and Matt Gallagher and Yvonne Moore, and culminated in a barnstorming address from keynote speaker, Catalan activist nun Sr Teresa Forcades – JCF2016 presents the most exciting line-up of performers and speakers yet.

Artists confirmed to perform at this year include: Actor and Traveller activist John Connors; singer-songwriter Fiaich Moriarty, Dublin musician Anderson, (with support from the brilliant duo Bad Sea), people’s poet Stephen Murphy, rapper Tommy KD and musician and singer Evelyn Campbell, and a performance by Ronan Wilmot of Sean O’Casey’s ‘A Hall of Healing’. Gerard Humphreys’ award winning (Stewart Parker) play ‘Lockdown’ is back for one night only as part of the festival.

Friday 13th-
5.30pm. DEBATE: Republicanism in the 21st Century . Panel: E. Glackin (CPI) and Brian Gleeson (Éirigí). Free admission.
8.30pm. CULTURE: A history of Traveller culture – from the creation of the Free State to today – by Love/Hate star Jhn Connors, including music and song by other Travellers. Tickets €8. 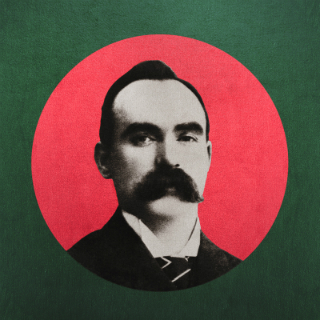