The Place Without Limits

When you have nothing left, what have you got? If you are lucky, you may have a family; even if it looks more like a battered raft than a freshly painted yatch, it will still get you through the tough times. And when you have no one else, you will still have yourself.

The Place without Limits is about a poor as dirt trans woman/queer man, surviving in the rubble of a ‘house of ill repute’ built on the edge of the world. The protagonist generates wealth from within – a wealth of emotion, of generosity, of style, of bravery. ‘La Manuela’, actor Roberto Cobo’s unforgettable creation, has the same ‘I went to hell, and now I run it’ quality, that turned Cillian Murphy’s ‘Kitten’ (Breakfast in Pluto, 2006), Joel Grey’s ‘MC’ (Cabaret, 1972), or Bill Quirk’s ‘Algie’ (Algie the Miner, 1912) into icons.

Some see La Manuela’s brothel as the setting of a modern biblical parable, some as a political allegory of Mexico in the 1970s, some as an anti-homophobic and feminist warzone. The place without limits is the space of possibility that the queer superheroes of the past created in the middle of a homophobic, transphobic, and missoginyst society. They have passed this magic rubble on to us, so that we can swirl and sing to our heart’s content, in a place without walls. 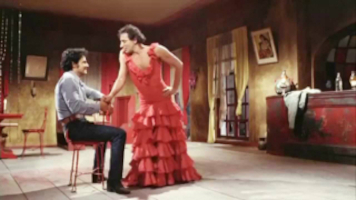