And so it is, that the next step in the evolution of the Domestic Lesbians, with their infamous instant life-long attachments, has been the addition of children to the household.
Chutney Popcorn was one of the first films to document the ‘maternity turn’ in modern lesbian history. It is a comedy, but it shows the very real challenges posed by all these “immaculate conceptions” (as Emma Donoghue has called them) to the traditional understanding of lesbianism, of womanhood, of reproduction, and, last but not least, of the almighty family unit. 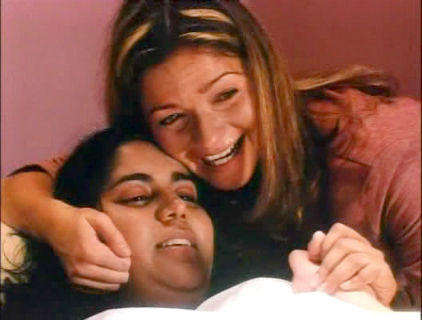