All That We Found Here

The estranged daughter of an exiled property tycoon returns to the family mansion on Ailsbury road. A gang of handymen-cum-gangsters also have designs on the house and its contents. Their paths are inexorably destined to cross and their histories are tragically interwoven. A play about class, power and the nature of the social contract.

About the author
This is Donagh’s first full length play having previously had readings of one act plays in the Theatre Upstairs and Millbank Theatre in Rush.
A graduate of Politics and Philosophy from UCD Donagh began writing for stage and screen while completing his MA in Film in DCU. His thesis work, a sitcom entitled “Sleepyhead” was optioned by the World Film Group in New York. Donagh completed an apprenticeship with the World Film Group under the tutelage of legendary producer John Heyman (two time Cannes grand-Prix winner and father of David Heyman).
Donagh has always had a love for theatre and is a member of the Millbank Theatre in Rush, Co.Dublin. He has also honed his writing ability with Lindsay Sedgewick in Filmbase and Gavin Kostick of Fishamble. 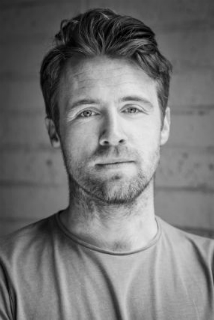