Be True to Yourself?

Some actors carry their parts home. So the ‘real’ person can occasionally become very blurred.
This is the story of a couple, the male party of whom, Larry, is loosely pathologised by his wife, Elsie, as bipolar, while she describes the man who rules the circumstances, bad, blissful or absolutely hellish, through which she has to live, if she is to remain married to him.
Larry’s main problem lies with identity. For Larry appears to be primarily an actor, secondarily a person; and so the story of his life seems to be the story of his acting parts – until the end, that is.

About The Author
JK is now retired
Previously he was Lecturer in Finance and Accounting, during which time he also worked in Africa – as lecturer and as Consultant in Financial Education. Previous to that, he was an accountant and training manager, and before that was a school teacher in London, teaching Latin and Maths.
He is married and lives partly in Dublin, partly in Hamburg. He has come to the theatre only recently. 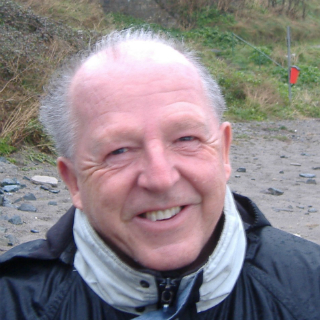