WANT is an examination of the things a man tells himself about his place in the world.
Talking to himself, this man must choose his words carefully. Especially when no one else is listening.
After all, there are things he does not wish to hear, not even from his own mouth.

A latecomer to the stage, Eamon Culloty has performed in several plays in recent years. Beginning in improv, Eamon co-founded two comedy improv groups A Pile of Rocks and A Suggestive Biscuit…. He attended the full time acting course in Bull Alley. The highlights including the role of Creon in Heaney’s adaptation of Antigone, The Burial at Thebes, and The Colonel in J.C.Sherriff’s Journeys End…. He has played the role of Helge in a production of Festen and Johnjo in Tom O’Briens one man play of the same name in 2015 which ran in Waterford and was awarded Best One Person Play of 2015 by the local critics.

Stephen Toomey is from Limerick. After completing a Degree in Philosophy and Theology in Trinity College Dublin, he began experimenting with visual art. His earliest works were explorations of figuration in painting and drawing. Encouraged by private collectors, and realising that he wished to broaden his knowledge of visual techniques, he completed a Degree in Fine Art in the Dublin Institute of Technology. For his work there, he was awarded an Artist’s Residency in Cill Rialaig. In 2015 his radio play Wittgenstein in the West won RTE’s PJ O Connor Award. His screenplay Queen of the Field Mice is currently in development with Samson Films. WANT is his first stage play.

Raymond is a founding member and Artistic Director of multi award winning Barabbas Theatre Company. www.barabbas.ie.
Raymond’s work as clown, actor, writer and director has appeared in almost every Irish Theatre and on international stages – London, Edinburgh, Wales, France, Denmark, Africa (Zimbabwe and Zambia), Japan, New Zealand and U.S.A. (New York, Washington, Kansas, Chicago, New Hampshire, Colorado and Connecticut).
His most recent stage appearances were in The Taming of the Shrew Directed by Caroline Byrne at Shakespeare’s Globe Theatre, Remember to Breathe by Orla Murphy and Hansel and Gretle with Theatre Lovett
His most recent directorial project was Hostel 16 by Fionnuala Gygax at this year’s Tiger Dublin Fringe Festival.
He continues to collaborate with Sarah Jane Scaife (Company SJ) on her ‘Beckett in the City’ project that continues to tour nationally and internationally. So far this work has been presented at Dublin Theatre Festival, Dublin Fringe Festivals, Cork Midsummer Festival, Enniskillen and Paris Beckett Festivals, Barbican Beckett festival London, Tokyo Japan, River to River Festival New York and will return to New York in 2017.
Film and television appearances include Fair City, The Boy From Mercury, St. Patrick, Bloom, Sweety Barrett and Game of Thrones. 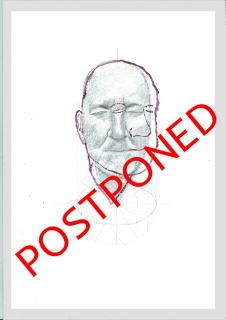