The 5th Silk Road International Film Festival will take place from 8th-12th March 2017 throughout the city of Dublin, Ireland.
The festival screens international films with a particular focus on the cinema of the Silk Road including Persian, Arab, Middle Eastern, Asian, African & European works.
The festival comes to The New Theatre on Sunday 12th March for 2 screenings. Starting at 3.30pm & 6pm respectively.

Festival Highlights:
Premieres, screenings of feature films, animations, student and short films with 11 awards offered including Best Student Film, Ireland, Best Documentary plus Special Honorary Award.
The public can attend all screenings and events except for the opening Gala which is by invitation only. The Closing Gala in collaboration with Arabesque Events is open to the public in The Sugar Club which will take place Sunday 12th March.
Screening tickets, Closing Gala, film industry masterclasses in directing, music scoring and editing will be available to book online through the festival website in February 2017.

When Aris, a 35 year-old worker in a factory gets fired without any warning, he becomes obsessed with the idea to take justice in his own hands. He is ready to proceed with his goal when his ex-wife dumps their 6 year-old son on him.
Director: Dimitri Athanitis
84 mins / Greece // 2015
Cast: Yannis Stankoglou, Christos Benetsis, Menelaos Chazarakis

Irish Premiere
Overruled is a medium-length documentary that recounts the lives and hopes of young Afghan refugees in Iran. They happen to work as ball boys in tennis clubs in Tehran. They learn tennis and make progress in it to find a suitable identity in Iranian society. No matter how good they become in tennis they are not accepted into the new society and remain outsiders, in the eyes of Iranians. They are a group of unauthorized tennis players who wish to compete at the same level as their resident competitors. Their lives are stuck in a circle of not being able to obtain permanent residency while living under the threat of detention and deportation. Should they take the high-risk road of fleeing to an unknown fate in the West?
Director: Farnaz Jurabchian & Mohammadreza Jurabchian
52 mins / Documentary / Iran // 2016 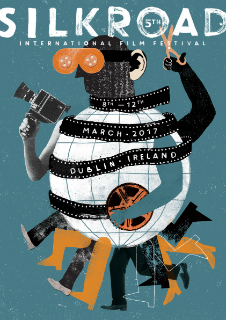