Home  /  Play Reading   /   Take Me Somewhere Nice
Back to events

In a small Italian town two men meet. There’s an attraction, but a recent hate crime against a gay man, and the secrets that surround it, means stakes couldn’t be higher. A thought provoking exploration of a love that dares not speak its name in the face of imminent danger.

Tobia Rossi (b.1986) is an Italian playwright and screenwriter. He studied drama and playwriting at CRT – Centro di Ricerca per il Teatro, Milan, and screenwriting at the Civica Scuola di Cinema Luchino Visconti, Milan. His first play is “Portami in un posto carino” (“Take me somewhere nice”), 2012, for which he was nominated for the Hystrio Prize, one of the most recognised and prestigious awards in Italy for young actors and playwrights, created and supported by Hystrio, the leading Italian theatre magazine.
His works also include “La mia massa muscolare magra” (“My lean muscle mass”), which premiered at Piccolo Teatro, Milan, in 2014, “Bagnati” (“Wet”), 2015, and “La cosa brutta” (“The ugly thing”), for which he was mentioned for the Hystrio Prize, in 2016. He also writes documentaries for the screen, musical theatre and contemporary opera. 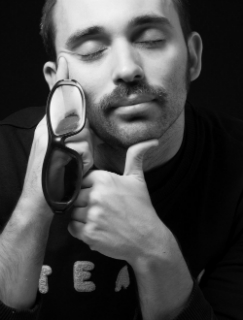