My Name is Rachel Corrie

My Name is Rachel Corrie takes the audience on a gritty, heart-breaking and humorous journey through the writings of Rachel Corrie, a young American activist who was killed in Palestine in 2003, at the hands of the Israeli Defence Forces, when she stood between a bulldozer and a civilian home.
Alan Rickman and Katherine Viner have compiled her letters, diaries and emails, presenting a piece of documentary theatre which brings to life her passion and believe in the ability to create change. With the writings of an artist and determination which can only be found in the most idealistic of youth, allow Rachel to bring you on a whirlwind journey of childhood memories, poetry, warzones and cigarette smoke. 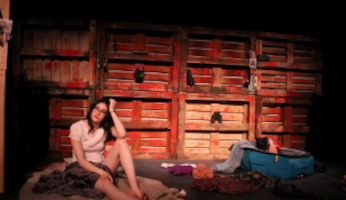