Test Copy is a new piece of theatre set in the bowels of Tipperary, Ireland. This isn’t an examination of the well-known quiet, country life but rather of the untempered frenzy of youth and the struggle of standing out, for reasons good or bad, amongst a melting pot of peers and diverse personalities.
We follow Louise Fennessy, just one of 89 Transition year girls in her year, in St. Catherine’s Convent Secondary School which hosts 742 female students in total. Through her we encounter the nature of this powder keg environment in a culture where organized fights provide the on-site entertainment and the roughest of reputations instils respect.

About Pat Kiernan – Director
Pat is Artistic Director of Corcadorca Theatre Company, which he founded in 1991. Pat has directed over forty productions for the company, with work staged in every theatre in Cork as well as non-theatre venues such as Sir Henry’s (A Clockwork Orange), at Cork City Goal. Pat has directed three Enda Walsh plays in recent years, How These Desperate Men Talk, staged at Graepel Metal Perforation factory for the Kinsale Arts Festival in 2014, Gentrification which Pat received a nomination for Best Director, in the 2015 Irish Times Theatre Awards and most recently The Same in 2016. Pat also directed the critically acclaimed Disco Pigs, written by Enda Walsh first produced by Corcadorca in 1995 and toured internationally throughout the late 90’s it was later adapted into a film starring Cillian Murphy and Elaine Cassidy. 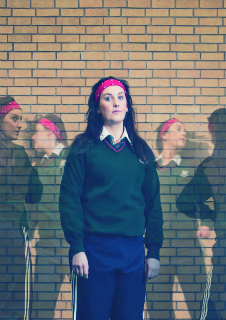 Written and performed by Roseanna Purcell