Morocco: Up to 7 years imprisonment.

Salvation Army / L’Armee du Salut (Dir. Abdellah Taia, 2013)
Independence, connexion, escape.
A young boy in Casablanca grows up in a cramped family home where eroticism, power, and violence criss-cross in unexpected directions. Learning French and bonding with a European man promises more than a visa, but after landing in Geneva at the Salvation Army, what’s left to salvage?
–An unrushed story of longing and scape.
www.filmqlub.com 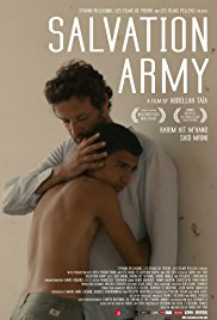