Directed by Anthony Fox
Performed by Michael Patrick and Brendan Quinn
‘Jade City’ is Alice’s third play. She wrote it under pressure, during the month when she lived in a run-down house in an area where the play is based. This is her first work about men.
‘Jade City’ explores the relationship between Tony and Monty, and their vibrant and imaginative escapism as they struggle to cope with the drudgery and mundanity of their lives. It questions the bonds of friendship, and the culture of toxic masculinity which allows damaging and violent behavior to be accepted.

About the Author
Alice Malseed is a writer, theatre maker and boxer from Belfast.
Alice studied at Goldsmiths, graduating with a BA Hons in Drama and Theatre Arts and then returning to study MA Applied Theatre, completing this in 2011.
Her first play, ‘Jellyfish’ (dir. Sarah Baxter) premiered at Tiger Dublin Fringe 2015 and toured to UK including sell out audiences at High Tide Festival. It made it to the final 20 out of over 900 in Verity Bargate Award 2015 and allowed her to win the Fringe Wild Card Award in Dublin.

Her second work, ‘it’s getting harder and harder for me’, (dir. Sarah Baxter) premiered at Dublin Fringe 2017 in Smock Alley Theatre, playing to sell out audiences and receiving great critical acclaim.
Alice makes work that channels the energy of the city and the rawness of everyday life. 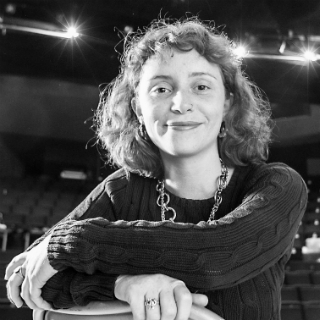