12:00 – 13:30 Damascus Steel €7
SRIFF 2018 – DOCUMENTARY
Estonia / 78mins / Documentary // 2017
Director: Jaan Kolberg
SYNOPSIS
The film’s main character is Taimo Kõrvermaa, a blacksmith nicknamed Sepa Tom (Tom Blacksmith), who is also called Damascus as he is one of few craftsmen in Estonia who has the skills for forging a sword made of Damascus steel. The foundation of the film is the blacksmith creating a sword, ordered by the Estonian Neopagans, from beginning to end. In parallel, we will explore the life of the smith, who grew from a thieving orphanage child into a craftsman.

14:00 – 15:30 The Crow´s Siesta €5
SRIFF 2018 – FEATURES
Tunisia / 85mins // 2017
Dir: Moez Kamoun
Cast: Abdelmonaam Chouyet, Souhir Ben Amara
SYNOPSIS
After her husband Ibrahim is sent to prison for gambling debts Fatma gets him out by promising to run their debtor’s restaurant in the middle of the Sahara Desert. Life is hard in this distant land, far from city pleasures. Ibrahim wants a child despite his wife being unable to conceive, and asks a local charlatan, Mokhtar, for help. Half wise man, half conman, Mokhtar has other ideas in mind. A hidden treasure and a beautiful woman may help lift the curse that is stopping them from having the child they so desire.

16:00 – 17:00 This Is Palestine €5
SRFF 2018 – DOCUMENTARY
Ireland / 49mins / Documentary // 2017
Director: Gerry McColgan, John McColgan & Eoghan Rice
SYNOPSIS
‘This Is Palestine’ follows the journey of Riverdance founder John McColgan through the West Bank and Gaza as he explores the impact of ongoing conflict and military occupation on the people who live there. The documentary features powerful interviews with people who have lost their home, land and family members as a result of the conflict. As well as meeting communities under threat, McColgan also spent time with Israeli and Palestinian peace activists working to bring this long-standing conflict to an end. ‘This Is Palestine’ was co-produced by Tyrone Productions and Trócaire to mark the 50th anniversary of the military occupation of the West Bank.

12:00 – 14:00 The Reality Behind What We See €7
SRFF 2018 – DOCUMENTARY
Japan / 107mins / Documentary // 2018
Director: Haruo Inoue
SYNOPSIS
The ocean is the mother of life as life is being sustained by that water. There are times when human beings come under attack by water. After the Great East Japan Earthquake, the poet, who was alarmed by the double-edged meaning of water, visited Kyoto which holds a rich source of underground water. This journey was made not only to search for a new meaning of water but to reexamine the meaning of life as well.

14:30 – 16:00 On the Track of Robert van Gulik €7
SRIFF 2018 – DOCUMENTARY
Belgium, Netherlands / 87mins / Documentary // 2016
Director: Robert Rombout
SYNOPSIS
Robert van Gulik (1910-1967) is one of the world’s most popular Dutch writers, but relatively unrecognized in his own country. As a diplomat, Chinese specialist and scholar, he became the most famous with his detective series about Judge Dee, which in many ways, are projections of his own life: a permanent duality between his real life and the hero in his books.

Crows of the Desert €7
SRIFF 2018 – DOCUMENTARY
USA / 60mins / Documentary // 2016
Director: Marta Houske
SYNOPSIS
Crows of the Desert is a documentary based on the memoirs of Levon Yotnakhparian. The film recounts the incredible true story of one man’s desperate struggle to not only stay alive but to help save his people from near extinction in the 20th Century’s first genocide.

14:00 – 16:00 Stare into the Lights My Pretties €7
SRIFF 2018 – DOCUMENTARY
USA / 128mins / Documentary // 2017
Director: Jordan Brown
SYNOPSIS
We live in a world of screens. More of us would know this, if we look up, and look around. The screens are everywhere, pervasive: Fingers that are glued to the screen which are glued to the eyes which are glued to the screen. We use them for work, play. But it’s much more than that. The screens use us, too. How did we get here? And where’s this journey leading us? What does that even look like? And is it what we want? Is this culture’s technology changing us and our societies for the better? Does it empower all of us—like it claims to—or does it only empower a select few at the expense of the many? What’s the price we pay to live in this pervasive electronic world?

16:30 – 17:30 Ranger & Leopard €7
SRIFF 2018 – DOCUMENTARY
Iran / 53mins / Documentary // 2017
Director: Fathollah Amiri
SYNOPSIS:
“Halvani”, a hard-working ranger hears about the presence of a Persian Leopard in area under his protection in Isfahan (a city in central Iran). But nobody has spotted any Persian Leopard there for about forty years. “Halvani” suspects that there are traces of Persian Leopard. But he faces lots of problems. 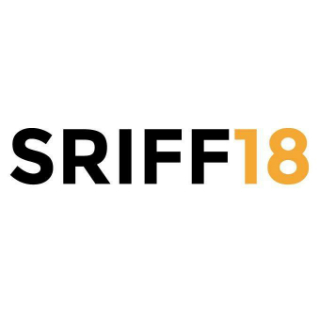