Guinea: Up to 7 years imprisonment.

DAKAN / (tr. Destiny) (Dir. Mohamed Camara, 1999)
Tenderness, sacrifice, recklessness.
Knowing that there are other gay people nearby, that it is possible to have friends and lovers, may not be enough to make the leap. In order to live openly as a gay man, you may have to leave everything behind. Even your faith. Unless the conversion ritual can cure you…
–The assured first gay feature film from Sub-Saharian Africa
www.filmqlub.com 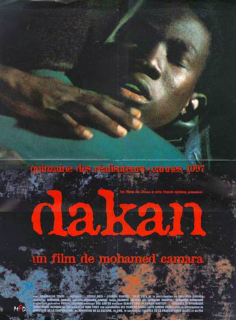