I walked home that night in the same spirits I left the boys, highs and lows and middle grounds of uncertainty. The Lagos sky at 7pm was the blue of a thunderstorm at sea, but I barely noticed it. Even I sometimes get bored with the beauty around me.
Two of Dublin’s most exciting spoken word artists and poets, FeliSpeaks (aka Felicia Olusanya) and Dagogo Hart, deliver gritty, rare and raw performances in a tale written carefully to display the nuances of the life of the modern day man.
Dates: 13-14 Sept @ 20:30 / 15 Sept @ 15:30
Price: €15 (€13 conc.)
Preview: 12 Sept @ 20:30
Price (preview only): €11
Duration: 85mins

A story about love. And spiders. And to a lesser extent; a grasshopper. In an attempt to secure their long-term future and prepare for a baby, Conor buys Alice a Chilean rose tarantula. Understandably upset, Alice leaves, and Conor’s obsession with Bellhop the spider begins. With only his own shed exo-skeleton for company, can Bellhop find some meaning in a life lived in captivity? This new comedy by Aidan Fitzmaurice is suitable for both arachnophobes and arachnophiles.
Developed at Scene + Heard 2017.
Dates: 14, 19-21 Sept @ 13:00 / 15, 22 Sept @ 18:30, 20:30
Price: €12
Preview: 13 Sept @ 13:00
Price: €12
Duration: 50mins

There is no map for going insane, but there are clues. People who have gone before you leave them behind. Sometimes they leave everything behind. The female insanity is aestheticised; but how does the madwoman act? Learning from the great depressives Sylvia Plath, Virginia Woolf and Diane Arbus, Lauren-Shannon Jones tries to solve the mystery of her own madness. A darkly playful interactive tour through a nervous breakdown.
Developed at FRINGE LAB with the support of Dublin Fringe Festival.
CONTAINS NUDITY AND ADULT THEMES INCLUDING SUICIDE.
Dates: 18-21 Sept @ 20:30 / 22 @ 15:30
Price: €15 (13 conc.)
Preview: 17 Sept @ 20:30
Price (preview only): €11
Duration: 60mins

Two actors and master improvisers present a funny, compelling and frequently poignant, never-before-seen production based on interviews with the audience. Each show is the opening and closing night of an original play, never to be performed again. A theatrical experience, electric with discovery that dares you to remember that it’s being made up.
Presented by MOB Theatre Dublin. Developed at FRINGE LAB with the support of Dublin Fringe Festival.
Date: 19-22 Sept @ 18:30 / 22 Sept @ 13:00
Price: €15 (13 conc.)
Preview: 18 Sept @ 18:30
Price (preview only): €11
Duration: 60mins 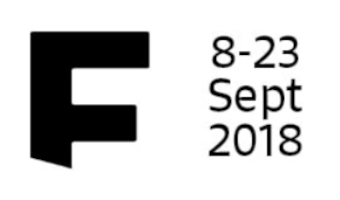 Hosted by The New Theatre