Synopsis: In 1955 a couple of prominent Greek Istanbulites adopt an orphan Greek girl from the town of their origin. They offer her a powerful family name and ensure her devotion. Twelve-year-old Polyxeni is separated from her younger brother. She embarks on a new life and a future that looks bright. She receives an education, comes of age and falls in love. She has a lust for life, while unsuspicious of the devious plan of annihilation that others are weaving behind her back, targeting her large inheritance.
Official contender for the Oscars in the best foreign-language category for 2019.
BOOK TICKETS

Up To The Last Drop – The Secret Water War in Europe
5.30pm

Synopsis: As Europe is going through a crisis that is not solely economical but also a crisis of moral values, millions of European citizens demand a response to a crucial question: is water for the European Union a commercial product or a human right? Until today, the European Institutions have not given a clear answer. The EU has still to recognize water as a human right, as the UN did in 2010.
At the same time, cities, regions and countries all around the world are increasingly rejecting the water privatization model they had adopted for years and are remunicipalizing services in order to take back public control over water and sanitation management. In Europe, the majority of the cases have been recorded in France, home of the most powerful and influential private water multinational companies of the planet. Nine cases have been recorded in Germany.
Although Berlin and Paris have recently taken back public control over their water services, the financial and political European elites are demanding from Greece, Portugal and Ireland to privatize their public water systems. Provisions about water can be found in every M.o.U, Greece, Ireland and Portugal have signed with the Troika and it’s a common stipulation provided in every bailout agreement signed between the debt-ridden countries and their lenders.
Up To The Last Drop follows the money and the corporate interests during a period of four years in thirteen cities of six EU countries. It’s a documentary film about water that reflects contemporary European values and the quality of the current European democracy.
BOOK TICKETS

Synopsis: Napoleon Soukatzidis (Andreas Konstantinou) is an inmate of the Nazi’s Chaidari concentration camp, and interpreter for its ‘Kommondant’, Karl Fischer (André Hennicke). When news reaches Chaidari that a Greek resistance ambush in Laconia claimed the life of a high-ranking German official and his escorts, Fischer orders 200 inmates be executed. One of those inmates is Soukatzidis.
But then, on Labour Day, 1944, Fischer offers Soukatzidis both an opportunity and a conundrum: he can nominate another prisoner to take his place, and thus be spared death.
BOOK TICKETS 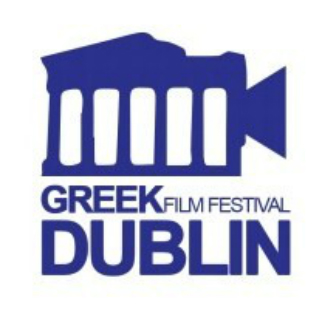