Japan has a huge mainstream straight and gay following for its ever-expanding queer manga market, and this film is an offshoot of the popular manga comic Revolutionary Girl Utena. We have screened two other queer anime at the Qlub, Project A-Ko and Tokio Godfathers, which were a great success. Utena is set in a strange world with its own rules, its own mythologies, and its own aesthetics. Still, even in this world a boy is a boy and a girl is a…. wait. What is Utena? And why are all the girls falling for her/him? And why is she/he heartbroken over a queer-looking boy? And why are we in some kind of Victorian universe with rose gardens, princesses, and fencing, where we are not spared the horrors of cruelty and abuse? This movie has been described as: “A mix of Madchen in Uniform, David Lynch and Ben Hur”. And need we say more? 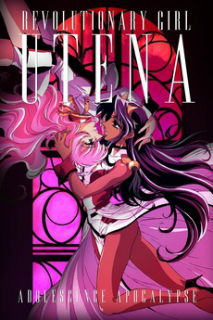