’24 Hours From Tulsk’ is a dark comedy, which aside from the opening scene on a park bench in Dublin, is set in Ballaghaderreen, County Roscommon.

Ruby is an actress who has given up on life. The acting world has given her up She is about to be evicted from her apartment when she meets Feargal who is up in Dublin from Ballaghaderreen for his best friend’s funeral. Feargal invites Ruby to Ballaghaderreen and she accepts. As if her life isn’t in enough chaos at the beginning of the play, it is totally turned upside down by the end.

Michael O’Sullivan Author of ’24 Hours From Tulsk’ has appeared in most of the theatres in Ireland as an actor. He is known to New Theatre audiences for his performances in ‘Mass Appeal’ directed by it’s author Bill C.Davis and ‘Language of the Mute’ by Frank Harte directed by Liam Halligan. On TV Michael has numerous credits including ‘Eireville , ‘Ros an Run’ and ‘The Maamtrasna Murders for TG4. Films include ‘Cry of the Innocent’, ‘A Dangerous Fortune’, ‘The Cormac Brothers’ and ‘Some Mother’s Son’.

’24 Hours From Tulsk’ is his first play. He developed it as part of the Prime programme at The Irish Theatre Institute for older actors who write. 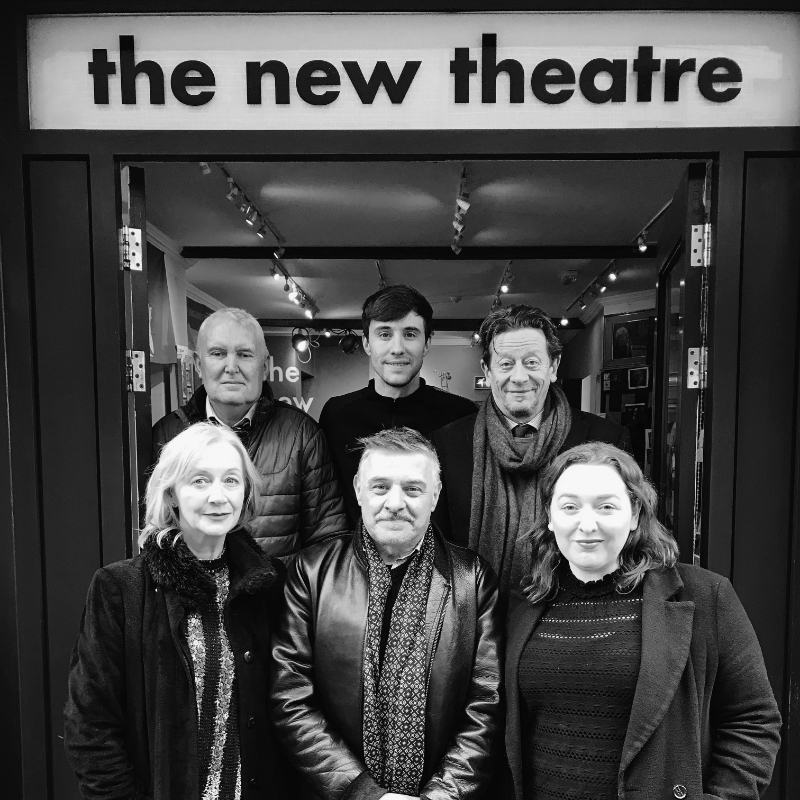 Supported by The New Theatre and Irish Theatre Institute